Spencer Dinwiddie finds himself among the Associations elite!

The second annual NBA Awards show will occur on Monday, June 25th. The NBA revealed the finalists for each award to garner excitement. As the names were uncloaked to the masses, consider everyone’s excitement duly garnered. Six of these larger awards will be distributed with three nominees per award. Finalists for each award is detailed below including one category with Brooklyn Nets own Spencer Dinwiddie in the mix.

NBA Most Valuable Player finalists are a trio of expected nominees. Leader of the winningest team of the 2017-18 NBA season James Harden (Houston Rockets). Late season surger Anthony Davis of the New Orleans Pelicans. And, consensus best player in the world LeBron James of the Cleveland Cavaliers.

The NBA Rookie of the Year finalists could each make an argument to win. Ultra-versatile passing wizard Ben Simmons of the Philadelphia 76ers. Leading scorer of a 48 win Western Conference Semifinalist team Donovan Mitchell of the Utah Jazz. And, sweet-shooting starter on an Eastern Conference Finalist team Jayson Tatum of the Boston Celtics.

The Sixth Man finalists are two perennial favorites and past winners Lou Williams of the LA Clippers and Eric Gordon for the Houston Rockets. Joining them is a first time candidate and only one of the trio who subbed into games as a reserve in 100 percent of his games.  Fred VanVleet of the Toronto Raptors captained arguably the best NBA reserve unit and gets the nod for his actions.

Coach of the Year finalists may have taken a while to decide in a year of stand out bench masters. Recently fired Dwane Casey of the Toronto Raptors is the front runner. Injury-ignoring Brad Stevens of the Boston Celtics would likely be the favorite if voting occurred today. And, Quin Snyder, director of the perimeter-revamped Utah Jazz and navigator of future All-Star Donovan Mitchell. 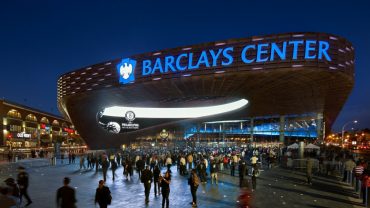