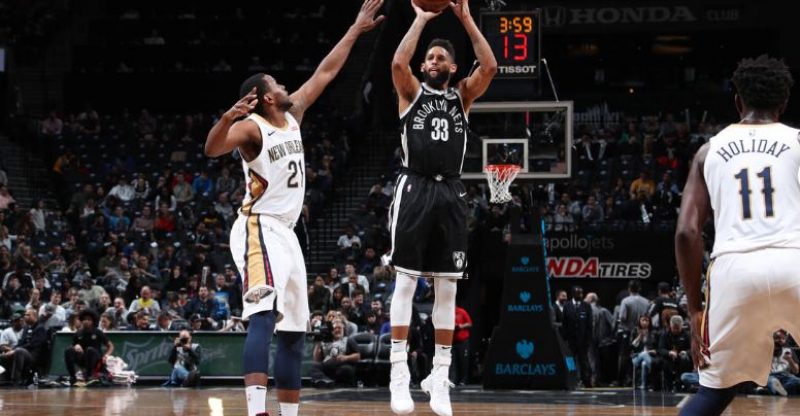 The Brooklyn Nets fell behind early to the New Orleans Pelicans as a rough first quarter snowballed into the team’s worst first half of the season. The Pelicans led by as many as 28 points early in the third quarter. From that point forward, the Nets staged one of the most improbable comebacks of the season. They managed to turn the game around in the third quarter after New Orleans made an early run. Brooklyn then dominated the fourth quarter en route to tying the game on an Allen Crabbe three with 12.2 seconds remaining.

The Nets took their first lead of the contest in the first overtime but allowed the Pelicans to score the last four points of the first overtime. New Orleans then dominated the second extra period, as the Nets ultimately fell 138-128 in a heartbreaking loss. While dropping this game certainly hurts after the team put in so much effort to turn this contest around, there were some clear positive takeaways from Brooklyn’s brilliant comeback.

The Brooklyn Nets, in what has become an unfortunate theme for the squad this season, once again played a miserable first quarter in this contest. The Nets gave up a basket on the first possession and continued to slip from there. The Pelicans outscored the Nets by double digits in the first quarter as their offense was clicking along with their defense in a 34-22 first quarter in which the Pelicans got almost as many offensive rebounds (nine) as the Nets got total rebounds (10).

Many of Brooklyn’s worst games this year have been marked by miserable first quarters from which the team never managed to recover. Even though the Nets did manage to find their way back into this game, that comeback only came after what turned into the team’s worst defensive half of the season as the Pelicans put up 72 points. If the Nets could tighten up their play at the start of games, some of their worst losses this season could have been inspiring victories instead.

It has been rough sledding for D’Angelo Russell since his recent return from injury. He has looked tentative with his shot at times, while in other games he has looked far too comfortable with his shot. His rhythm has simply not been there yet since he came back into the fold, and he has not yet started since he got healthy. However, this game against the Pelicans may have been DLo’s best showing since he returned to the active roster.

Russell put up 21 points on 18 shots in this game and was also aggressive on the glass as he finished with nine rebounds. He also dished out five assists and was active from beyond the arc, making five three-pointers as a part of Brooklyn’s franchise record-tying 21 triples (and franchise record-breaking 59 attempts from deep). Furthermore, D’Angelo played 31 minutes in this game–by far his most since he returned to the lineup. This contest might have ended poorly overall for the Brooklyn Nets, but the signs of life from D’Angelo Russell in this game were certainly encouraging.

The story of this game for the Brooklyn Nets almost directly matched the story of Allen Crabbe. Crabbe and the Nets both struggled to have any positive impact in the first half, as the Nets were outscored by 20 while Crabbe went 2-9 from the field and 1-7 from three-point range.

Then, as the Nets started to turn the game in their favor late in the third quarter, Allen Crabbe caught fire. He put up 17 points on 6-9 shooting and 5-7 shooting from beyond the arc. It was only fitting that Crabbe hit the critical triple to send the game into overtime, on a beautifully designed double screen play by Kenny Atkinson that the Nets executed perfectly:

Unfortunately, the Nets’ story in this game continued to mirror Crabbe’s in their eventual loss in double overtime. The Pelicans swarmed Crabbe in the second extra period and prevented him from getting the ball; Crabbe’s only attempt in the second overtime was a missed triple that came with just over a minute remaining, and the Pelicans had already wrapped the game up by the time Crabbe launched that attempt.

The Nets did not manage to pull a win out of the hat in this contest. Their first quarter (and really their first half) performance left them with an almost impossible hole to climb out of. While this loss will sting far more than most after the comeback that fell short, Nets fans can at least take solace in the team’s heart for refusing to surrender and for fighting all the way back in a game when giving up would have been understandable. The team’s battle to win this game might not have a positive impact on the standings, but the comeback was definitely a positive sign in a difficult and painful loss. 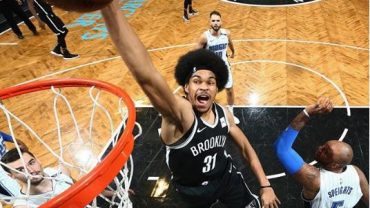