After a heartbreaking loss to the Trail Blazers, the Brooklyn Nets needed to find a way to bounce back against a reeling Memphis Grizzlies squad. They did so in encouraging fashion, as they strung together a 98-88 victory in Memphis despite an early injury to Rondae Hollis-Jefferson. The win snapped a brief three-game losing streak and will give the Nets some momentum heading into a tough road matchup against the Houston Rockets. Here are three key takeaways from an energizing and important Nets win.

Although DeMarre Carroll’s best years were in Atlanta alongside Kenny Atkinson, Carroll began his career with the Memphis Grizzlies. He played 71 games in his rookie year after being selected with the 27th overall pick in 2009. However, Carroll played just seven games in Memphis the next year (along with a stint in the D-League) before moving to Houston for Shane Battier. The Rockets cut Carroll later that year, and he made brief stops in Denver and Utah before finding his way in Atlanta.

Carroll might not have been thinking about his short time in Memphis before this game, but he certainly acted as if he had. He led all scorers in this game with a season-high 24 points. “Junkyard Dog” also chipped in defensively with hard-nosed play and a couple of steals to go along with six rebounds. Carroll has been a pleasant surprise all year for the Brooklyn Nets after a tough two years in Toronto. He will need to continue his strong play over the next few games in light of a first half incident.

With 8:23 left to go in the second quarter, Rondae Hollis-Jefferson attempted a fast break layup in traffic against Tyreke Evans and Andrew Harrison. Hollis-Jefferson missed the layup and came down hard on his right ankle. He remained on the floor for a bit until the Nets called a timeout to take him out of the game. Hollis-Jefferson did not return to the game, leading to Trevor Booker going out with the starting lineup after halftime.

“The Hyphen” has been one of the bright spots in an injury-plagued Brooklyn Nets season and is quickly becoming a cornerstone for the franchise. While the injury did not appear to be a serious issue at first blush, any extended absence from RHJ would be brutal for a Nets team in desperate need of his scoring and multi-positional versatility. If Hollis-Jefferson does miss extended time, Trevor Booker appears to be first in line for his minutes after starting in his place after the halftime buzzer.

The Brooklyn Nets may have fallen well short of their scoring average in this game. However, the 88 points they allowed to the Grizzlies was the team’s stingiest defensive outing all season. While the Nets do not have the personnel to be a defense-first team on a nightly basis, they are now 3-0 in games when they hold their opponents to under 100 points this season.

Even with arguably their best defender in Hollis-Jefferson out for most of this game, the Nets still managed to hold the Grizzlies in check. The team allowed just 41 points after halftime and bucked the trend of their third quarter struggles with a 22-6 run to start the third quarter. Brooklyn should not expect to hold opponents in check to this degree on a nightly basis. However, the team’s ability to overcome a relatively poor offensive performance to get this win is a great sign heading into Monday’s game against an offensive superpower in Houston. 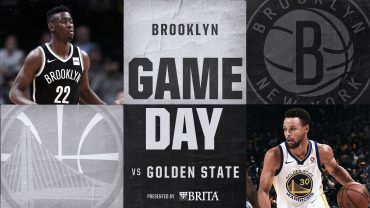