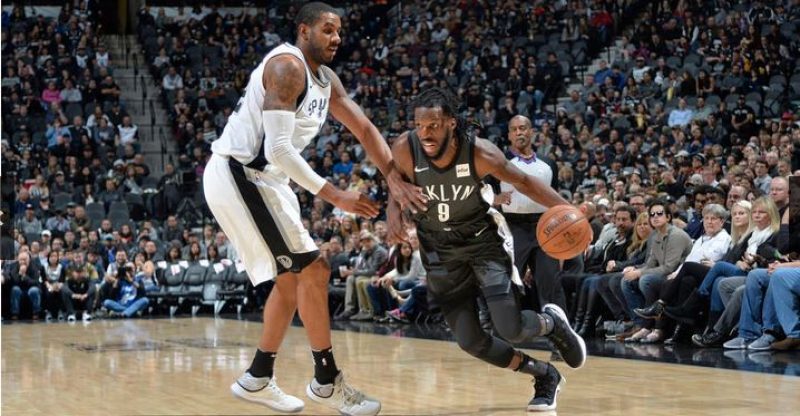 The franchise which nurtured and developed Sean Marks rolls into town to play the Brooklyn Nets tonight. Marks cut his teeth under RJ Buford and Gregg Popovich in San Antonio which remains the template for all franchises to emulate.

Although Kenny Atkinson didn’t come up via Pops coaching ranks he did indirectly if you consider his time spent with Mike Budenholzer in Atlanta. Coach Bud was the leading assistant with Pops crew for years.

San Antonio is doing what they’ve done for the past two decades – winning. While the Spurs are on pace for another 50 plus win record this season stands out for how they are doing it.

Gone are the days of Tim Duncan, Tony Parker and Manu Ginobili. Though the latter two remain on the club their roles are significantly reduced and both have spent time out with injuries. Rather, the big surprise has been the absence of MVP caliber talent Kawhi Leonard. The perennial DPOY has played in just nine games this season. Initially, Leonard remained out nursing a quad injury.  He was just starting to hit his stride when he incurred a new injury sustaining a partial tear in his shoulder muscle.