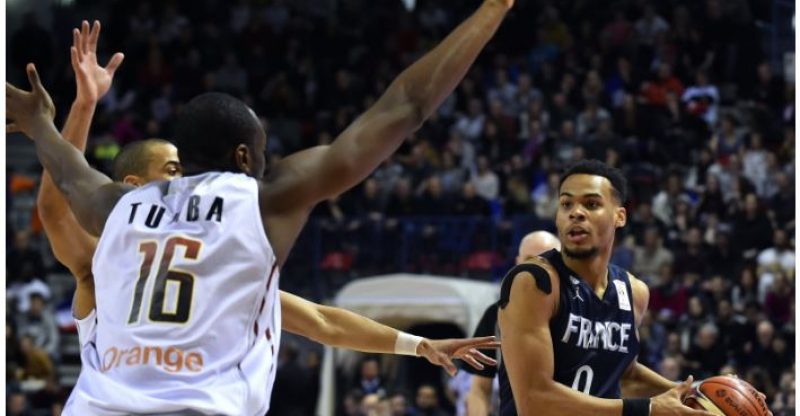 Elie Okobo is one of the most intriguing point guards in this NBA draft. On one hand, he’s an elite offensive talent with a clearly high basketball IQ and high potential, however he’s significantly behind where he needs to be athletically and still makes reckless mistakes with the ball. I can easily envision a future where Okobo is torching teams on a nightly basis en route to multiple All-Star bids, but it’s just as easy to think of him consistently showing tantalizing potential, yet frustratingly never capitalizing on it. Here’s why:

This may seem a tad benign given the fact that executing a pick-and-roll effectively is a pre-requisite for being an NBA-caliber point guard, but it’s the foundation upon which Okobo’s game is built. He’s already an elite navigator of the play, both as a scorer and a passer, and he already appears to understand the complexities and nuances of the screen that often take young point guards years to learn.

Throughout his time overseas, he’s exhibited a preternatural understanding of speed and timing that should instantly make him a weapon in the NBA. Watch how he probes the defense for just long enough for his teammate to get open before delivering a perfect bounce pass:

There are some five-year veterans who couldn’t make that play. His playmaking instincts in the pick-and-roll are elite and easily the best in the draft.

As a scorer, it’s possible he’s even more dangerous. He’s developed a lethal toolbox in the pick-and-roll which he can pull out at any time with everything from pull-up three’s to creative floaters to Chris Paul-esque mid-range jumpers. And most impressively he’s done it all with superb efficiency.

So far in his career he’s shown that he has the creativity and skill to be one a superstar-level guard in the NBA. Look how he escapes trouble and drains a contested pull-up three when he has the slightest opening:

He’s quite possibly the most advanced point guard in this draft and if his pick-and-roll game holds up he should be around for awhile.

Translation to the NBA

The only problem is, it’s not quite clear yet how he’ll translate. Sure, Okobo shoots 39% from three and has decent free-throw numbers, but the release point on his jumper is uncomfortably low and he might find the length of NBA defenders to be more of a hinderance than those in Europe.

Furthermore, he hasn’t demonstrated quite the quickness and burst necessary to really get past NBA level defenses consistently. Too often he settles for contested mid-range jumpers that have no shot at going in or gets stuck picking up his dribble in no-man’s land after a failed drive to the rim. 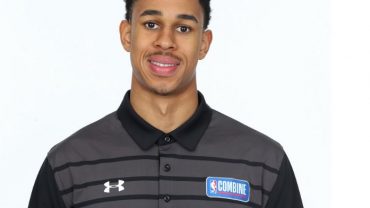