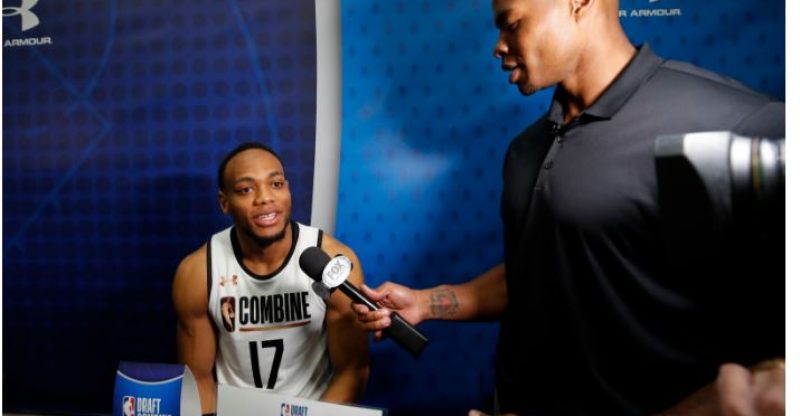 After deciding to return to school for his sophomore season, Bruce Brown is entering the NBA Draft. He comes in as one of the more versatile guards available and could surely help a team defensively, but will his sophomore regression spell trouble for the former Miami Hurricane?

Brown offers an incredibly diverse skillset with everything from secondary playmaking to efficiency in the  pick-and-roll, but his calling card is really his switchability defensively. Despite being just 6’5″ and weighing under 200 pounds, he routinely defended big wings and even forwards at times during his time at Miami.

Because of his maniacal effort and stellar instincts, he not only held his own against bigger players but often excelled. Just watch how he stays with a bigger wing before forcing him into a terrible shot:

Those kinds of possessions were far from a rarity for Brown last year. He frequently had Draymond Green-esque sequences were he defended just about every player on the court and still managed to pass with flying colors. Look at how he helps off of a blow-by drive for a monster swat at the rim:

And although there was definite stagnation–bordering on regression–this year, Brown had interesting flashes offensively. Because of the wonky construction of Miami’s roster–they basically just went without a real point guard this year–Brown became lead de facto initiator of the offense, and performed adequately.

He got his teammates involved, he put pressure on the defense inside, and generally ran the show better than you’d expect. It’s also worth noting that when he went down with an injury in January, the offense basically devolved into an ineffective “Your turn, my turn” style system.

When you watch his tape, it’s not hard to see why the offense fell apart without him. Watch how he breaks down the defense with ease before dishing off at just the right moment to a wide open big for a dunk:

Because of his scoring limitations, never going to be a viable option at point guard, but the playmaking he flashed was impressive.

Even though Brown showed serious potential in both of his years at Miami, it’s frustrating how little he improved. His per game numbers are nearly identical for both years in some areas, and troublingly worse in others–both his three-point stroke (26.7%), free-throw percentage (62.9%), and field goal percentage (41.5%) went down in his sophomore year. Brown will never be known as a shooter, but those numbers are unacceptable.

Moreover, he didn’t add anything new as a scorer between year one and year two. He still has some level of skill scoring, sure, but at this point, he’s not nearly developed enough to where teams can fully capitalize on his playmaking and use him as a lead ball-handler even on bench units. 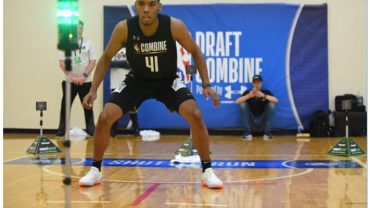