After spending extensive time with the Long Island Nets in the G-League, the Brooklyn Nets coaching staff and the front office decided to bring Milton Doyle up to the professional ranks. The 6’4″ 24-year-old gets his opportunity because of the recent injury bug. D’Angelo Russell and Jeremy Lin have been sidelined for a while now, but Caris LeVert and DeMarre Carroll are a couple of more rotational players whose playing time has been questionable or non-existent over the last few games.

Doyle made quite the splash with Long Island. In 21 games, he averaged 21.6 points a night, which was the highest on the team. He also added 5.7 rebounds, 4.0 assists, 1.6 steals and made 36.1 percent of his three-point attempts. That versatility is eye-catching. It’s also useful to what the Nets want their wings to do. Kenny Atkinson has emphasized deploying players who can play multiple positions and do different things. Now that Doyle has reached the main stage, there’s a significant question that needs an answer: what will his role be?

One thing that has remained consistent throughout Doyle’s basketball career is that he knows how to get a bucket. He spent four years at Loyola University before going undrafted in 2017. In 121 career games, Doyle accumulated 1,606 total points, which works out to an average of 13.3 per game and is the third-highest total at the university since 1993, according to Basketball Reference. 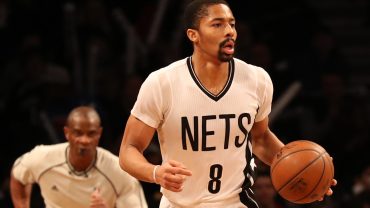