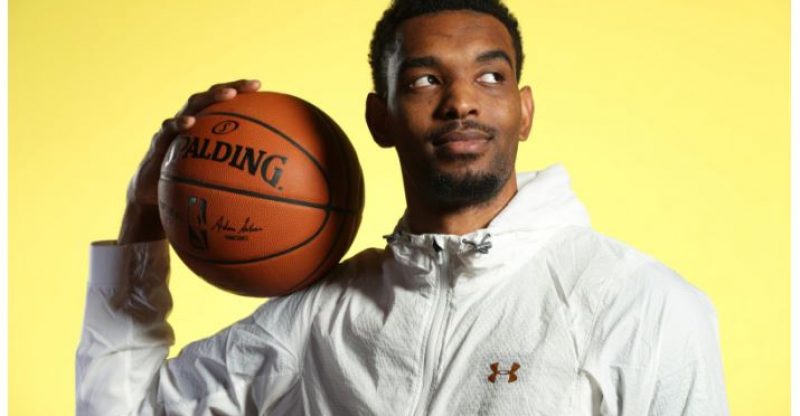 With a massive physical profile, elite defensive acumen, and a smooth jumper Keita Bates-Diop checks all of the boxes for a modern 3&D wing. In his four years at Ohio State University, Bates-Diop developed into a well-rounded player capable of significantly impacting the game on both ends while maintaining stellar efficiency. Here’s how he should translate to the pro level and where he projects to be selected in the 2018 NBA Draft:

In terms of pure skills, there might not be a player in this draft more ready for the NBA than Bates-Diop. Throughout his collegiate career, he was one of the most tenacious defensive players in the country and displayed the type of versatility that should earn him minutes in the NBA. He hung with speedy guards on the perimeter, held his own in the post, and even showed flashes of competent rim protection.

Like in the sequence below where he keeps up for just long enough before getting a huge swat:

It’s not just defensively where Bates-Diop dominates, however. He was the leading scorer on a good Buckeyes team last season and consistently tore up defenses with a combination of three-point shooting, cunning post play, and straight-up hustle. Just watch him set a stellar slip screen, sprint out to the perimeter and drain a three before the defensive get into position:

Those kinds of plays are going to be vital for him earning minutes. He’s never going to be a featured scorer at the NBA-level, but his efficiency and production will be enough to keep him from being a liability.

Even though the NBA is theoretically set up for players like Bates-Diop to succeed, real questions remain about Bates-Diop’s ability to translate. For one, he plays a dangerously physical brand of defense which relies heavily on using his absurdly arms to recover when he gets beat. And that style rarely works in the NBA, especially with players like James Harden who will exploit any semblance of reaching in. If he’s going to ever get off the bench as a rookie, he’ll need to learn to rely on his lateral quickness more or stop reaching in or he’ll find minutes are hard to come by.

For another, he didn’t display quite the physicality necessary to survive as a wing in the NBA. He was frequently outmuscled for rebounds and got pushed around defensively more than enough times to suggest a real issue. Given his frame and athleticism, his lack of physicality is more than a little unsettling.

Maybe he irons out his defensive technique in the NBA and he can reach his full potential on that end, but until such time it’ll be difficult to trust him in a regular role, let alone in high-pressure situations.

Pro Comparisons and Fit with Nets

Bates-Diop reminds me of a bulkier Kelly Oubre Jr. This year, Oubre blossomed into an elite 3&D role player for the Wizards and was the primary reason Washington’s bench wasn’t an unmitigated disaster. Bates-Diop has the same kind of potential. With more seasoning and experience, he’ll likely be able to impact a team the same way Oubre has thus far in his career, and did especially this year.

And there’s no reason the Nets shouldn’t be that team. He fills both of their biggest needs–perimeter defense and shooting–effectively and Brooklyn is just the type of low-stakes situation that could let him learn from his mistakes while still picking up real minutes. Sean Marks should seriously consider drafting him if the opportunity presents itself. 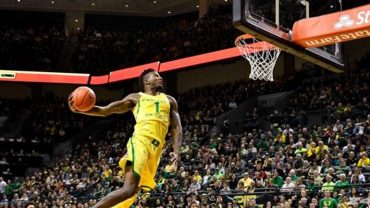