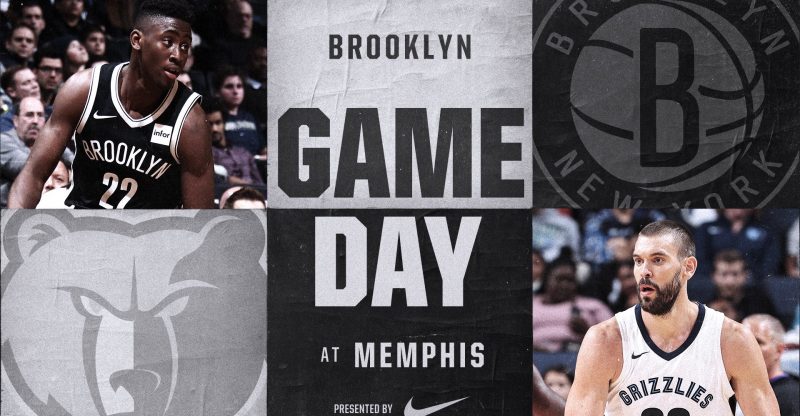 The Brooklyn Nets and Memphis Grizzlies have a couple of things in common ahead of their contest against one another. Firstly, both teams are on losing streaks — the Nets have lost three in a row, while the Grizzlies are on a seven-game skid. (In fact, with a 6-12 record, Brooklyn comes into this matchup just one game behind Memphis.) Secondly, both teams are also missing their key point guards. Mike Conley for the Grizzlies, like Jeremy Lin for the Nets, is sidelined for the entire season. If you want to toss Lin’s replacement into the mix too, well, D’Angelo Russell will be missing his sixth consecutive game and is out indefinitely.

Other than losing streaks and missing point guards, the Nets and Grizzlies have vastly different strengths and weaknesses. Of course, the Nets have their incredibly quick pace (106.54, first in league) going for them. Meanwhile, the Grizzlies have the third-lowest pace in the NBA, at 97.71. Which team is able to adapt (or steadily take control of the pace) will certainly be one of the deciding factors.

Memphis, like many other opponents Brooklyn has already faced, also has an edge at center. Marc Gasol has consistently been one of the NBA’s premier centers for the last nine seasons, and he currently ranks in the top 10 in points (sixth), blocks (tied for ninth) per game.

It is no secret the Nets’ major lowlight is in the bigs department. Timofey Mozgov, who started at center for the first 14 games of the season, has been rather unimpressive. He has not played since then. The undersized Trevor Booker took Mozgov’s place in the starting lineup for a couple of contests before being sidelined for one game with a sprained left ankle. He returned in the Nets’ loss to Portland on Friday, but as a reserve (Tyler Zeller has started at center for the last two games). Brooklyn might choose to go with Zeller again if it hopes to alleviate the size disadvantage just a bit, right out of the gate.

Close Losses Amid the Bad

Unsurprisingly, two of the Nets’ losses in the team’s three-game skid came against reigning NBA Finals contestants in the Cleveland Cavaliers and Golden State Warriors. The third (and most recent) defeat was against the Blazers. One should remark on how close all of these losses were, however. Brooklyn fell by a margin of 10 or less points in all of these contests, and the team just could not hang on in crunch time. Perhaps the most disappointing one was against Portland, as the Nets led by six with 2:20 to go, but it all went downhill from there.

The Grizzlies have many close losses of their own in their seven-game losing streak. Arguably, only two of their losses were out of reach — both blowout disasters at the hands of the Houston Rockets. On early Sunday evening between Brooklyn and Memphis, it will be a battle of who can break their dry spell first. 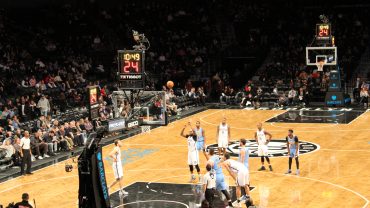