The Brooklyn Nets continue their West Coast trip and head to the Staples Center to take on the LA Clippers. Since February 1st, the Clippers are 8-3 as the newest additions to the roster have begun to gel. On the other side, the Nets have lost 10 of their last 11, most recently losing to the Sacramento Kings in an overtime heartbreaker. With the Clippers just 2.5 games out of the third seed in the West (1 game out of 8th), every game has become a must-win for them.

Battle of the Bigs:

Despite the Clippers’ roster undergoing such a large overhaul, there is still one original member of the old big three. Former All-Star center DeAndre Jordan is one of three remaining players on the roster who were with the Clippers last season and has been on a tear since the Blake Griffin trade. Since February 1st, Jordan is averaging 11.5 points and 15.4 rebounds while shooting 62.2 percent from the field.

When the two teams met earlier this season, Jordan was a +22 and had 16 points and 17 rebounds. Rookie Jarett Allen matched up with Jordan in that game for the Nets, but only played 18 minutes. In the four games since the all-star break, Allen has looked like a more confident and polished player. He’s averaged 13.8 points and 8.5 rebounds on 62.9 percent shooting and has also posted a positive plus-minus on a team that has been struggling to get wins.

While Jordan is more vetted and has much more experience than Allen, the matchup between the two tonight should be an exciting one to watch. Furthermore, if Allen can slow Jordan down and keep him off of the boards, the Nets could sneak out of Staples with a win.

While the Clippers have been hot, the Nets have a chance to douse LA’s flames and pick up a much-needed win. LA has dealt with a tremendous amount of injuries the entire season, and recently they’ve been put in a tight spot. The Clippers are still without starting point guard Patrick Beverley and recently lost another starter, Danilo Gallinari, to a hand injury. Additionally, LA is without potentially starting shooting guard Avery Bradley, who has a sports hernia, and rookie point guard Jawun Evans. As if things couldn’t possibly get worse LA exhausted the maximum amount of NBA call-up days for both of their two-way players, C.J. Williams and Tyrone Wallace.

Comparatively, the Nets may be the healthiest they’ve been since the start of the season. Other than Jeremy Lin, who remains out for the season, Jahlil Okafor was the only Net to miss the game against the Kings. Now Okafor has recovered from the flu he was afflicted by and will be available in LA.

A thin Clippers’ roster and the good health of the Nets gives Brooklyn the perfect opportunity to steal a win from a team fighting for a spot in the playoffs.

Odds: LA Clippers are favored by seven points over the Brooklyn Nets with an over/under is 224 points. 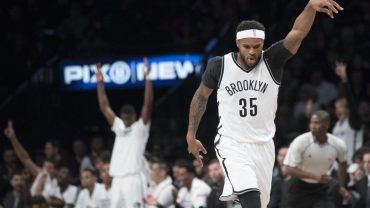