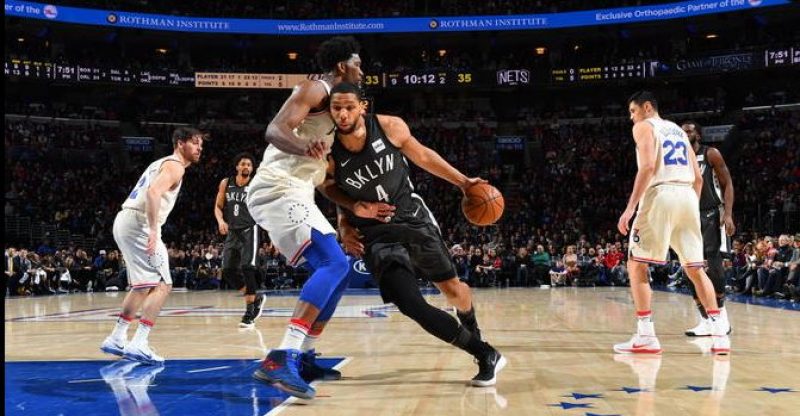 We’ve almost reached the end. Following Tuesday’s game against the Philadelphia 76ers, the Brooklyn Nets will have just four games on the slate before beginning their offseason. At this point, the primary concern is closing out the year on a high note and building some confidence for the 2018-19 campaign. Over their last three games, the Nets have done a decent job of not being terrible. They strung together two wins over the Orlando Magic and Miami Heat before losing to the Detroit Pistons on Easter Sunday. Their meeting with the Sixers on Wednesday will be the final match of the season series.

Brooklyn is currently 1-2 against their division rival, who will be without Joel Embiid. The All-Star center is at home recovering (and likely trying to land a date with Rihanna) from surgery to repair an orbital fracture he suffered after Markelle Fultz ran into him. While being without Embiid hurts Philly, by no means are the Nets going to coast to a victory. Ben Simmons has, expectedly, been phenomenal as the centerpiece and is maintaining the momentum he had before Embiid went down. Philly’s won their last 10 games, and Simmons is averaging 13.2 points, 11.8 assists and 10.1 rebounds during that stretch.

For the Brooklyn Nets to pull out this victory, all they have to do is return to their gameplan, the one that wasn’t present against the Pistons.

A fascinating sensation arises whenever a team gets an open shot after a flurry of passes. Why this happens, I’m unsure. It’s how basketball is supposed to be played because it — obviously — makes the game much more manageable. The Nets have realized this, but it’s been more prevalent during their last three games. On average, they’re handing out 26.3 assists a night, the sixth-highest mark during that span. D’Angelo Russell (at Orlando) and Spencer Dinwiddie (at Miami) each had a 12-assist game recently, consequently making things much easier for the team. The Magic aren’t elite defensively, but Miami is, and Dinwiddie picked them apart. Philadelphia could suffer the same fate, but that means nothing if there is an equal amount of bad decisions.

The last time these two met, one of the ingredients in winning was turnovers — a lack of, rather. Brooklyn has been smart of late about just making the right play, and they commit, on average, the sixth-fewest turnovers per game (12.7). Philly, however, is an aggressive defense, and there’s no reluctance even though they’re without their rim protector. Brooklyn can combat this, of course, by moving bodies with the ball. Over reactive defenders are subject to backdoor cuts and things like that, which free up shots either around the rim or on the perimeter.

Relax On The Threes

The Pistons and Heat completely shut down the Nets’ aerial attack. In those two games, Brooklyn has shot 22-of-78 from downtown. No team has attempted more triples than them, yet those 22 makes are tied for the sixth-most. The misses aren’t worth it, especially when the Brooklyn Nets hasn’t had issues manufacturing other kinds of offense and getting to the free throw line. They shot just 15 foul shots against Detroit (which is weird because the Pistons attempted 32, but that’s neither here nor there), but their ranking is buoyed by the 28 they earned when they took on Miami. The team plays better when they diversify their offense. 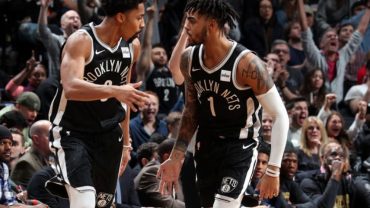