That, of course, is easier said than done. It requires the entire team to be extra-attentive. Rondae Hollis-Jefferson is likely to draw the assignment, but rotations must be swift and closing out on shooters is crucial; the Brooklyn Nets had issues with that during the game against Orlando but got lucky more times than not.

Dealing With Injuries To Key Playmakers

Being defensive-first is a strategy that’s increasingly necessary as the injuries pile up. Brooklyn’s had a difficult time manufacturing points over the last couple of weeks, and being without Caris LeVert just adds more strain. In the previous 10, he’s averaging 14.3 points but also 5.2 assists; Kenny Atkinson has looked at him to be the primary ball handler with the second unit. Now that he’s injured, it’ll be a hunt to find someone to fill that void. It could very well be Isaiah Whitehead if he’s called up, or maybe the team gives Milton Doyle some extended play. 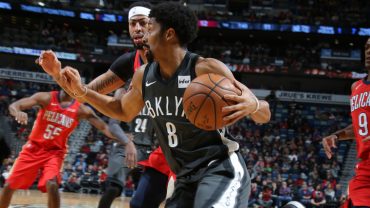