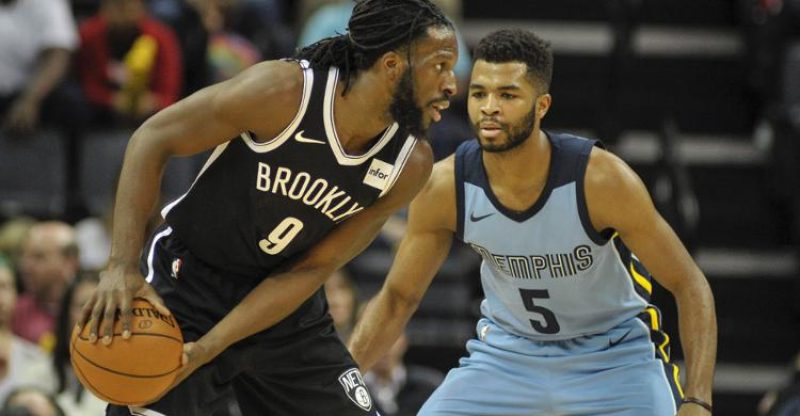 Battle of the Bottom:

As many teams in the Eastern and Western conference jockey for postseason spots, the Memphis Grizzlies and Brooklyn Nets find themselves out of playoff contention and near the bottom of the league standings. The Nets, who are tied with the Dallas Mavericks for the fifth worst record in the league at 22 wins and 48 losses, have lost 7 of their last 10 games.

Last time out, Brooklyn defeated Dallas 114-106 behind a 23-point game by Rondae Hollis-Jefferson. The Grizzlies have the second-worst record in the league, floundering at 19-50. Memphis just rattled off a 19 game losing streak which was ended in their last game, a win over the Denver Nuggets.

The Grizzlies would probably be best off taking another loss and securing better odds of a lottery pick. However, their win over the Nuggets shows the Griz are still not to be taken lightly.

Once more, the backcourt of D’Angelo Russell and Joe Harris will be expected to be paired in the starting lineup. The two games that have passed since Kenny Atkinson moved Harris to the starting lineup and Spencer Dinwiddie to the bench do not allow for a large sample size, but show some signs of positivity.

Clash of the Centers:

Inarguably, Marc Gasol remains the Memphis Grizzlies’ best player. Even though the team itself is faltering, Gasol has managed to average 17.7 points and 8.5 rebounds. His matchup with Jarrett Allen, who has been playing well for the Nets, will have a large impact on the outcome of the game.

In the 10 games since the All-Star break, Allen has averaged 10.0 points, 6.5 rebounds, and 1.6 blocks. Additionally, the center has been shooting a stellar 56.5 percent. Allen has struggled at times defensively this season but has steadily improved with more playing time. Shutting down Gasol is no easy task, but if Allen can slow the Spaniard down and limit his production, the Nets have a good chance of coming away with a victory.

History: The all-time record between the two teams is split 21 games apiece. Earlier this season in November, the Nets came away with a 98-88 victory over the Grizzlies.