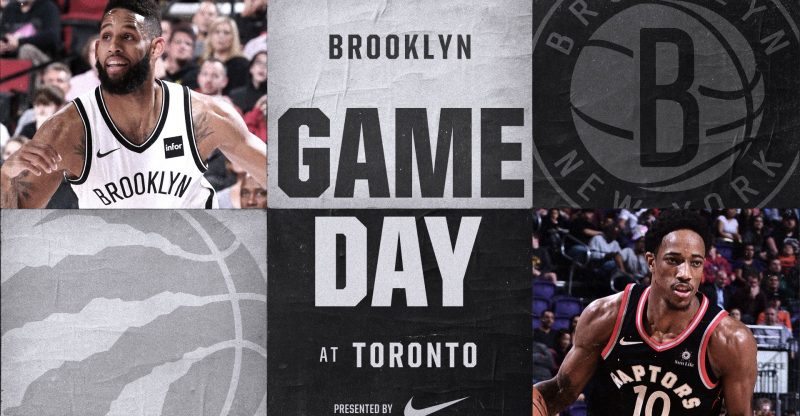 The Raptors are currently a better team than the Nets. There is no getting around that. However, if you study the Raptors’ losses and where they ran into trouble, there may be a path to victory. The Clippers were able to beat the Raptors recently, and they didn’t play particularly well to do so. Like the Nets, the Clippers were dealing with some major injuries. They didn’t have Patrick Beverley, Blake Griffin or Danilo Gallinari for that game. The Clippers ended up shooting a laughable 37 percent from the field and 22 percent from three.

So, how did they win? They won by outrunning and out-hustling the Raptors on the glass.

The Nets play with a lot of energy, much like the Clippers. Brooklyn happens to be one of the best rebounding teams in the league, and Jahlil Okafor has not even played a game for the Nets yet. Spencer Dinwiddie, Caris LeVert and Rondae Hollis-Jefferson need to stay in attack mode all night.

The Raptors have run their offense through DeMar DeRozan and Kyle Lowry for several years now. Toronto is moving the ball better this year and getting the supporting cast more involved, but at the end of the day, if the Nets can slow down DeRozan and Lowry, they increase their odds of winning dramatically.

Remember: Two years ago in the playoffs, George Hill shut down Lowry, Paul George shut down DeRozan, and the Pacers nearly upset the Raptors. That Pacers team was not even good outside of Paul George, but they forced the Raptors to play outside their comfort zone, and the Raptors barely managed to win that series playing ugly basketball. Rondae Hollis-Jefferson is a tremendous defender who could give DeMar DeRozan fits.

The biggest question for the Nets is who do they put on Kyle Lowry? Spencer Dinwiddie is 13th in defensive real plus/minus among point guards this season. That might not seem amazing, but that is one spot above Chris Paul, who is known to be one of the best point guard defenders in the league. Dinwiddie does have a tough task ahead of him with Lowry, but if he gets help from Caris LeVert, the Nets could be in good shape.

The matchup we will all been waiting for is Jahlil Okafor versus Jonas Valanciunas. Both are below-average defenders. However, both can pack on the points in the paint. If Okafor can get the upper hand and force Valanciunas to the bench, the Nets will gain a major advantage. Backup center Jakob Poeltl has struggled lately for the Raptors, and he has never really been a massive scoring threat. Speaking of someone who struggles, DeMar DeRozan is notorious for not closing out on three-point shooters. Therefore, it could also be a good opportunity for Allen Crabbe to get hot.

The Nets have to keep DeRozan and Lowry in check. If they can do that, it this should be a competitive game. If Okafor is not the guy who boosts the Nets in this game, maybe they look to DeMarre Carroll. Carroll made some negative marks about the Raptors on his way out after being traded to the Nets as a toxic asset this summer. He has been surprisingly been decent so far this year.

Carroll has been a guy playing with a massive chip on his shoulder his entire NBA career. Can he harness that energy and direct it at it sworn enemy in the Toronto Raptors tonight? 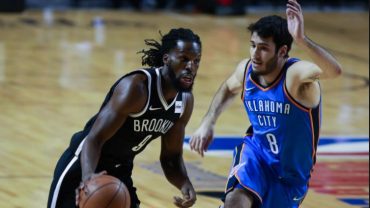