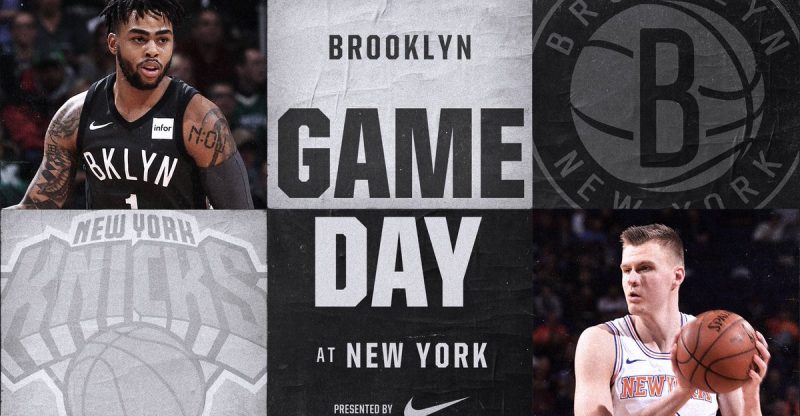 The cross town rivalry continues as the Brooklyn Nets travel to the Garden to take on the New York Knicks. Game day breaks down the match with keys for the Nets to capture the win.

The Knicks have one of the worst point guard situations in the NBA. Jarrett Jack and Trey Burke are lucky they are on the Knicks because they wouldn’t be getting too many meaningful minutes elsewhere. Rookie, Frank Ntilikina, has been decent defensively, but offensively he’s been a train wreck. With only an offensive rating of 86, Ntilikina cripples the entire Knicks offense when he’s on the floor.

Spencer Dinwiddie and D’Angelo Russell will likely need to carry the Nets with injuries to Rondae Hollis-Jefferson and Caris LeVert. Typically, that would be a difficult task. However, the Nets will have the privilege of playing fringe talent point guards.

DeMarre Carroll will likely have to play significant minutes with limited options at forward. If Carroll cannot cut it the Nets may have to go small and play Dinwiddie and Russell together with one of Allen Crabbe, Joe Harris, or Nik Stauskas as the crunch time lineup.

Kristaps Porzingis is an all-star and rightfully so. He’s a fantastic shooter for a big man, but loses some luster inside. Tyler Zeller, Quincy Acy, Jarrett Allen, Jahlil Okafor or whoever is on him needs to play Porzingis physically when guarding him. Porzingis has a thin frame that isn’t going to do him any favors through contact.

The Knicks are the second-best team in the league at defending shots inside of five feet. So, the game plan for the Nets should be to work the middle of the floor as well as the perimeter. D’Angelo has been cooking in the mid-range by shooting 48.9% from 8-16 feet and 47.4% from 16-24 feet. And then to deliver the perimeter pain enter Stauskas who has been shooting 46.6% from three with the Nets. Additionally, Joe Harris isn’t bad either who is sniping an impressive 41% from downtown.

With the injuries, the Nets don’t have a large margin of error. Will the Nets snap this three-game losing streak? Las Vegas has the Knicks favored by 5, but like the Nets they have only won three of their last ten games. 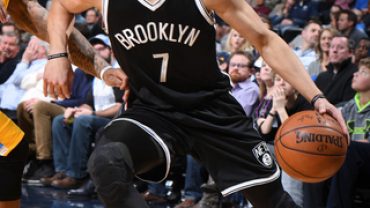