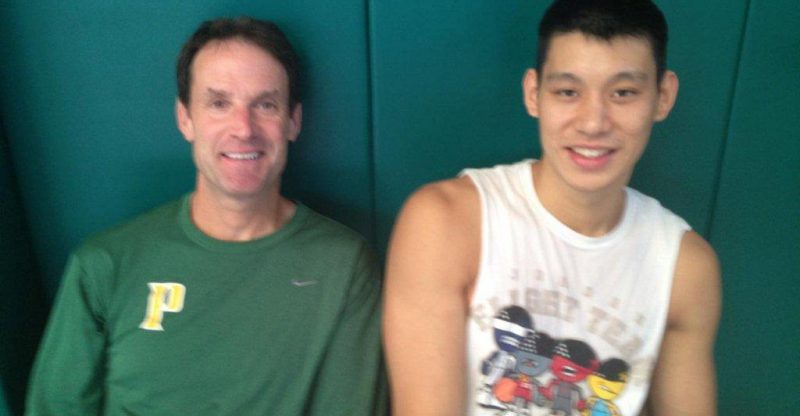 Doc Scheppler has been Jeremy Lin‘s shooting coach since the summer of 2011. He’s also the much-celebrated head coach of the girls’ high school basketball team for Pinewood, a tiny coed private school in Los Altos just five miles from Lin’s hometown of Palo Alto. It was Lin’s high school coach, Peter Diepenbrock, who was the one who suggested he hook up with Scheppler.

At Pinewood, Doc has coached his Division 5 team to six state championships and was named the 2014 Cal-Hi Sports State Coach of the Year. With the honor, something rare for small school coaches, Scheppler excised any doubts about his being among the best coaches in the history of California girls basketball.

I recently was fortunate to be able to do an extensive phone Q & A with Scheppler about the work he did with Lin this summer and his expectations for him with the Nets:

Doc Scheppler: I have seen him eat soup. Usually its Asian soup. It’s not at the top of his list of things he wants to eat. But sometimes when we go to a restaurant together, and they have a set menu for that day, and if wanton soup is the first course, he’ll eat it.

NG: Lin is a well-known foodie. What’s his favorite restaurant in Palo Alto?

DS: The Peninsula Creamery. He likes to have a sandwich and get a shake or a float.

NG: Okay, shakes and floats aside, let’s get to the meat of things. In signing with the Nets, Jeremy likened it to investing in a startup company. How do you look at it?

DS: I agree with that. And it’s also a chance for him to be a primary playmaker on a team where the coach and organization believes in him.

NG: What is it you see in Kenny Atkinson that you didn’t see in his coaches in Houston, LA, and Charlotte?

DS: Kenny’s a professional teacher and coach who firmly believes in developing players and teams into greatness. Skill, effort, and cohesion wins at any level of basketball. Can’t wait to see how good they can be.

NG: Well, the “experts” think the Nets will be a miserable team and not win more than 20 games. How do you react to that?

DS: I say if you have five guys playing together – and it’s still a team game—they can win without having one big star.

NG: What changes did you make this summer in Lin’s shooting form?

DS: Change is too strong a word. I prefer we worked on reinforcing the tweaks we made last summer.

NG: After you and I talked last summer about the changes you two made in his shooting form, Lin fans were expecting him to have a great year in three-point shooting. Yet he shot only .336 from beyond the arc, the second lowest of his career. Why do you think that happened?

DS: Last season he wasn’t applying the tweaks. He didn’t have reinforcement from anyone on his tweaks, and when you don’t, players tend to revert to what they were doing before. Last year when he shot he was hoping it went in instead of knowing it was going to go in. I could always tell from his body language that he wasn’t as comfortable as he should be. 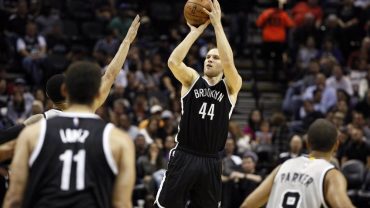