This year, he spent the entirety of his time defending three-five and proved that despite his age, he can still be an impactful defender in a team setting. Perhaps even more importantly to the Nets, he gives them another switchy wing to throw at opposing teams and can theoretically help the younger players mature on that end.

It’s no secret that young teams have issues defending on a game-by-game basis and their effort levels tend to be erratic, but having a steady presence like Carroll to use defensively could help the young team through their growing pains. 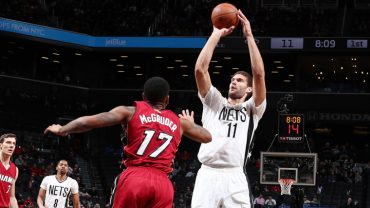