Even at age 31 he played defense this year as if his life depended on it, regularly giving his all on that end and calling back to the days when he first made his name in Atlanta. As it turns out, his energy was infectious.

Carroll was a regular feature in the Nets’ best defensive line-ups this year and among rotation players, had the second highest swing when he was off the court compared to when he was on it. It’s not hard to see why.

For example in the play below, watch how he sticks to Taurean Prince and gets the timing just right for the swat at the end of the clock: 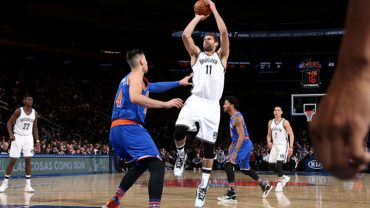