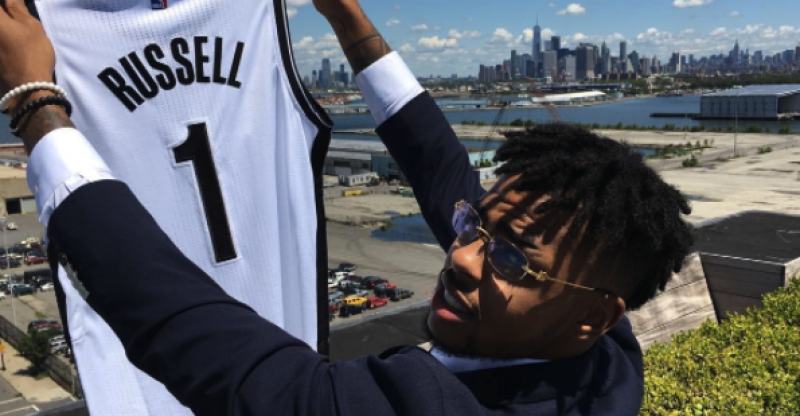 With the Knicks deep in a rebuild & entrenched in drama, D’Angelo Russell has a chance to become King of the Big Apple.

You could feel it right from his introductory press conference; D’Angelo Russell is ready for success in Brooklyn, and the Nets fan base is ready to embrace him.

Whether it was late night Instagram posts of him working out in Brooklyn, sitting court-side with other Nets teammates at a BIG3 event or hearing Jeremy Lin has been texting him, fans are eating up everything to do with Russell being a Net.

He took his first baby steps Wednesday night at the Dyckman Tournament, hitting a playoff game-winning 3, then getting mobbed by fans in the celebration. Those are the moments that remind you why you love basketball and the moments that mean something to the community. You can’t tell me every single person at the event isn’t going to be tuning in to watch Russell do his thing at Barclays this season.

Russell is going to be a great fit on the court, but an even better one off it.

There is no questioning Jeremy Lin’s global fame, but he can’t connect with newer, younger fans the way D’Angelo Russell can. At only 21 years old, Russell’s best years are in front of him. His confidence and attitude attract a lot of attention young fans can either relate to or want to emulate. He is extremely marketable, appearing in hilarious Foot Locker commercials and being one of the faces of NBA 2K with Karl Anthony-Towns.

Sean Marks is doing everything possible to expose these new-look Nets to the world on national TV, even scheduling two games in Mexico City. He is giving Russell every opportunity to shine, and basketball fans every chance to watch Russell entertain the hell out of everybody.

The Nets roster is radically different from last year’s, but barring any unforeseen roadblocks, things should go relatively smoothly in Brooklyn. If Russell can play a significant role on a scrappy Nets team that surprises people around the league, he should pick up an insane amount of fans.

His electric style of play on offense is almost impossible to not marvel at. It’s easy to see why the Los Angeles Lakers drafted him with the thought of trying to fill Kobe Bryant’s shoes. He has a lot of doubters and even more people that want to be sour on him because they feel he didn’t perform in LA. Even Magic Johnson threw some shade at him on the way out, but hopefully it will only fuel D’Angelo Russell into becoming the face of basketball in New York. 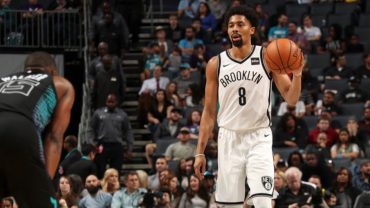