D’Angelo Russell arrived in Brooklyn eager for a fresh start. His time with the Los Angeles Lakers was wasted, and now the former lottery pick is in a position to capitalize on his boundless potential. Magic Johnson traded D’Angelo Russell along with Timofey Mozgov on June 22, 2017, making room for Lonzo Ball to take control of the team. In return, the Lakers received Brook Lopez and the draft rights to Kyle Kuzma. Russell’s season was cut short thanks to injury, but his talents are still undeniable. In him, Brooklyn has a potential star and franchise cornerstone. 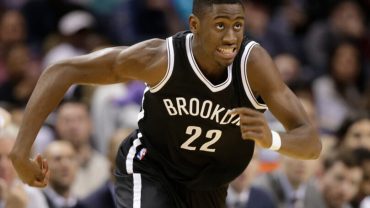