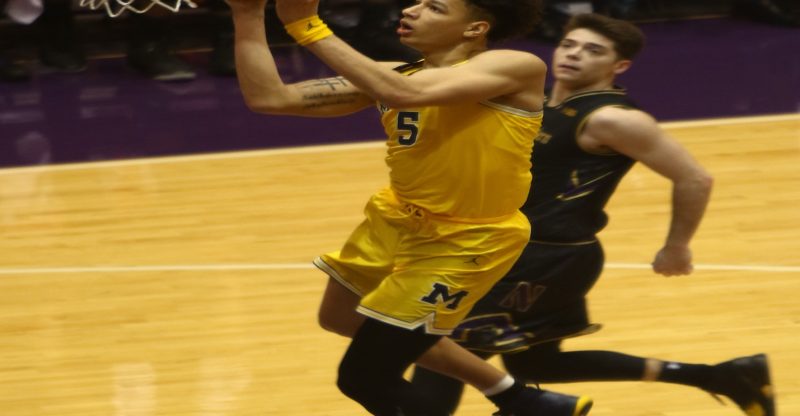 D.J. Wilson is a great fit for the Brook Lopez–Jeremy Lin pick and roll that will (hopefully) dominate the Nets’ offense next season. He can space the floor to the three-point line. He can also slip to the rim for dunks when defenses over-commit to either Lopez or Lin. Both of those skills would allow him to be effective as an offensive role player from Day One in Brooklyn.

D.J. Wilson’s guard-like agility and coordination are certainly helpful on the offensive end. However, that body control will be even more useful on the defensive end. Wilson has the size and speed to be a premier pick and roll destroyer and the perfect complement to Brook Lopez down low.