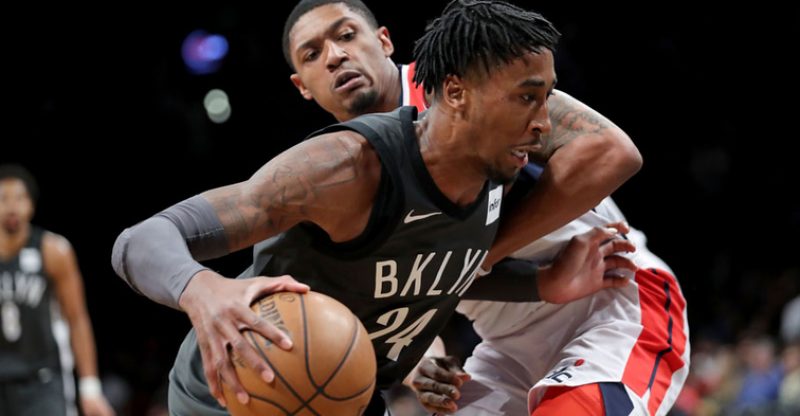 Well… that’s quite a way to break a four game skid, huh? After the Brooklyn Nets’ interior defense got cheese-grated over and over again in the post-Trevor Booker era, the Nets avoided such a fate and then some in a 119-84 purging of the Washington Wizards from Barclays.

The Wizards definitely aided matters by not utilizing Marcin Gortat or Markieff Morris to bludgeon the Nets in the paint. But, regardless, Brooklyn had a spectacular effort on the glass with a whopping 60 to 35 victory in the rebounding margin. Hopefully, the Nets can keep that same energy while going to play on the road for the second leg of a back-to-back. They’ll face an Indiana Pacers team that has been un-guardable for the Nets thus far this season.

RHJ, Have a Day

It’s probably safe to say Rondae Hollis-Jefferson: Offensive Weapon is a reality for 2017 and beyond. In just 24 minutes of action in the blowout, RHJ contributed 21 points, 11 rebounds and six assists as if he downloaded Nikola Jokic’s skill package before the game.