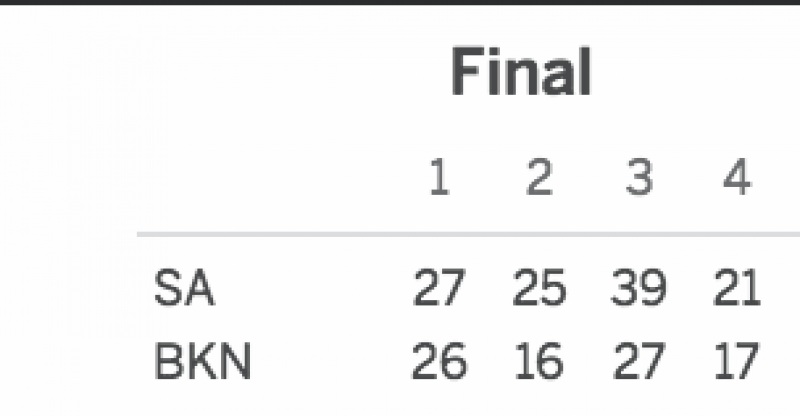 The Brooklyn Nets lost a great opportunity to beat a great team. The Nets lost to the San Antonio Spurs 112-86 on Monday night. The Spurs were very short-handed with Tony Parker, Manu Ginobili, Pau Gasol, and Kawhi Leonard all out for the game.

Brooklyn got off to a good start in the first quarter leading by as much as nine points. When the Spurs’ reserves entered the game, though, San Antonio gained the lead and really never looked back. Facing a ten point halftime deficit, Brooklyn decided to play lackluster basketball in the third quarter yet again. Brooklyn lost the third quarter 39-27 giving the Spurs a 22 point lead heading into the fourth.

The leading scorer in the game was Patty Mills for the Spurs who scored 20 points off of the bench. He had a streak of buckets that really killed the Nets in the first half and is largely responsible for putting the Spurs up ten at the half.

For Brooklyn, Isaiah Whitehead was the leading scorer with 19 off of the bench. Whitehead has not started a game since his injury last week and he made a good case for being back in the startling lineup with this game.

The Nets really had no answer to the fundamentally sound Spurs team. Both losses to the Spurs have been by nearly 30 points. Brooklyn did show fight and promise early on, but that dissipated quickly.

Spencer Dinwiddie and Isaiah Whitehead gets A’s in tonight’s game. Dinwiddie got 13 points in his starting role and shot 6-9 from the field and 1-2 from long range. Dinwiddie added in two rebounds, two assists, and two blocked shots. He really showed his speed and agility tonight as well as his ability to score some points.

Isaiah Whitehead, as mentioned above, led the team with 19 points. The Brooklyn native got his 19 on 6-15 shooting and went 2-4 from long range and 5-5 from the free-throw line. Whitehead even dished out three assists. Whitehead showed perseverance tonight. His shot was not perfect but he was always in the mix and followed his shots and did not give up.

Getting D’s on the night are Brook Lopez, Bojan Bogdanovic, and Randy Foye. Lopez had an off night as he scored only 12 points no 4-10 shooting. Lopez also got a technical foul for tripping Jonathon Simmons and was clearly frustrated for most of the game.

Bojan Bogdanovic had a bad night as he scored a mere five points on 2-8 shooting. Bogie did not attempt a free-throw on the night, which is pretty rare for him. Bojan needs to play better if Brooklyn stands a chance to win most games, especially ones against good teams like the Spurs.

Randy Foye was given the start tonight and did not perform like anyone would have liked him to. Foye scored a singular point from his lone trip to the free-throw line. The only real positive from Foye’s night was his four assists. He did not play like a starter tonight and it will be interesting to see if he remains in the startling lineup next game against the Heat.

The Brooklyn Nets look to avoid a three game skid when they take on the Miami Heat, the only team in the league Brooklyn has not faced this season, when they meet up back in Brooklyn Wednesday night. The Spurs will head north of the border to face the Raptors Tuesday night. 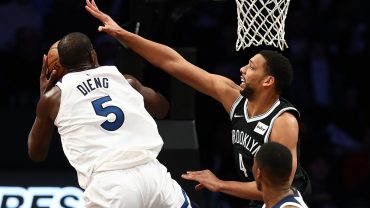