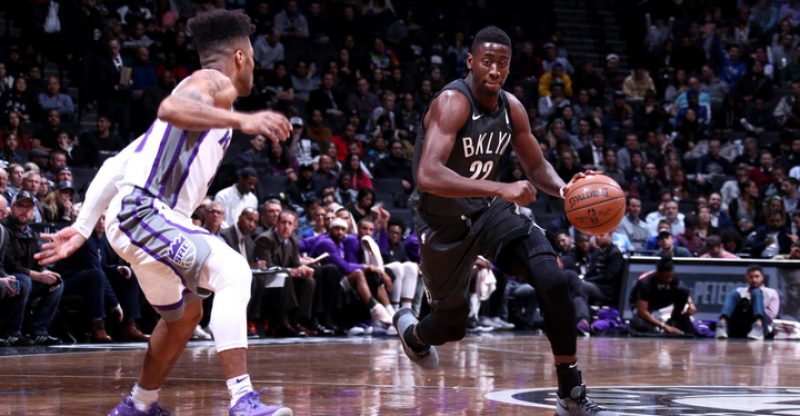 The December skid for the Brooklyn Nets continues with perhaps the most egregious loss of the season, a 104-99 defeat in Barclays to the Sacramento Kings playing the second leg of a East Coast back-to-back. The struggling Nets now find themselves QWOPing in a quicksand pit of a four-game losing streak. A five-game road trip lies ahead after Friday’s game, with the Nets hosting the John Wall-reinfused Washington Wizards. Welp.

The trade of Trevor Booker has contributed greatly to this skid by ridding the already woefully undersized Nets of its best rebounder. Whether it is Jonas Valanciunas, Kyle O’Quinn, Myles Turner, Domantas Sabonis, Zach Randolph or Willie Cauley-Stein, every opposing big man with imposing size has thrived bullying the lightweight frames of Tyler Zeller, Jarrett Allen, Quincy Acy, DeMarre Carroll and Rondae Hollis-Jefferson in the paint. One would hope the acquistion of 6-foot-11, 270-pound Jahlil Okafor could help in that regard. However, Okafor still requires conditioning, according to Kenny Atkinson, and he has never had a reputation as a formidable interior defender.

The best hopes for the Nets currently seems to be in Jarrett Allen gaining the requisite physicality to fulfill the rim protection potential his condor arms and relatively light feet hint at. Allen can cause plenty of disruption with just his feet and wingspan. However, he seems to succumb and submit to any contact in the paint on both ends of the court. While Allen still needs to gain strength like almost every 20-year-old NBA rookie in history, the shyness away from contact is more worrisome.

Tyler Zeller, despite having even less heft against the majority of bigs in the league, does not rely quite as much on finesse to carry him through every possession like Allen does. Zeller relies on it quite a lot to be sure, but Allen truly makes it a crutch. It is up to Allen to assert himself as the lord of the restricted area. 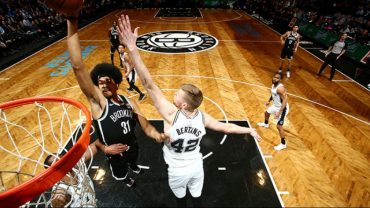