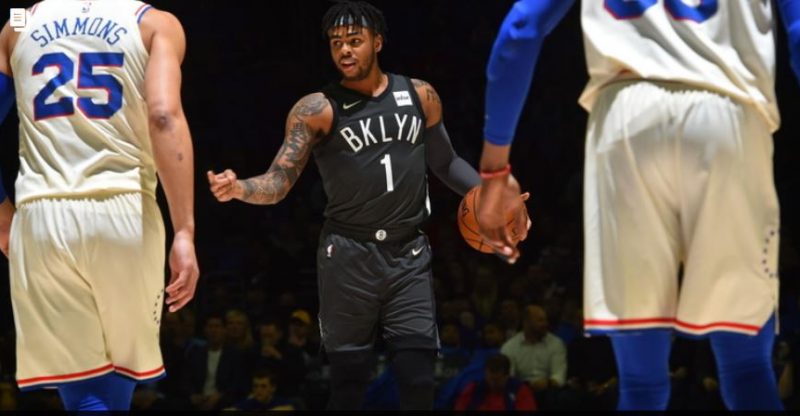 A final regular season meeting between Atlantic Division rivals ends in a walloping. The Brooklyn Nets fell hard to the Embiid-less Philadelphia 76ers 121-95. The defeat officially gives the season series victory between the two teams to  the Sixers 3-1.

The Sixers played against the Nets without their Defensive Player of the Year – rim fortress Joel Embiid. Despite his absence, it did nothing to deter Philadelphia from preventing a single two-point field goal until halfway through the second quarter. The switching scheme of the Philadelphia perimeter smothered the Nets all over the court.

The Brooklyn ball handlers panicked in front of the athleticism and savvy of Philadelphia. So much so that a Brooklyn opponent swatted over 10 blocks and swiped over 10 steals for just the second time this season. The first time required ten minutes of extra time to achieve as well in the February 10th double overtime loss to the Pelicans.

The Nets offense did shoot 17 of 42 from beyond the arc as the Philadelphia defense could not take away everything. Yet, it took great labor to even generate those three point looks without the necessary gravitational pull of help defenders into the paint.

Brooklyn could not gain off-ball separation without elaborate and time-consuming motion action. The extreme effort often compelled the likes of D’Angelo Russell or Caris LeVert to lose patience and try to create a midrange pull-up on their own instead. Kudos to Philadelphia and groans to the black and white.

A Late Look at Sauce and Oak

With the 76ers spilling out to a 20 point lead by the middle of the third quarter, garbage time became plentiful in the later throes of the second half. Therefore, Nik Stauskas and Jahlil Okafor had the chances to come off the pine and show something against the team that had traded both of them to Brooklyn. With Okafor ending with 16 minutes on the court and Stauskas with 21, this showcase would be one of the last chances either had to convince Brooklyn of their worth as roster members next season.

Stauskas again showed an ability to score in a flurry. All 13 of his points came within a eight minute stretch to close the third quarter. Nik’s three of five shooting from beyond the arc will improve upon his already impressive 41% three-point shooting for the season. Stauskas flashed an ability to both provide valuable spacing off-ball as well as make difficult shots on-ball on occasion.

However, Stauskas still needs to impress more with his other skills as a defender, ball handler, and passer. The three point shooting will have to stay closer to the 40% of the present instead of the low to mid 30s of previous years. If so, Stauskas likely will get more looks as a bench shooter. He would do well to improve his versatility enough to remove the dependence on such gaudy shooting, though.

Okafor had a very efficient 15 points in his 16 minutes. When Jahlil was on the court, Brooklyn shifted to relying on giving Okafor plentiful post touches. Okafor did well shooting over the top of his smaller defenders. The 260-plus pound center still frustratingly avoided contact too often in his low post forays, but his finesse touch did not lie. Intriguingly, Okafor also knocked down a three pointer as the clock ran out in the final seconds of the game. The halt in both teams’ effort makes projecting much on the set shot unwise. However, it does point to the path Okafor will probably have to take in order to buoy competent offenses. 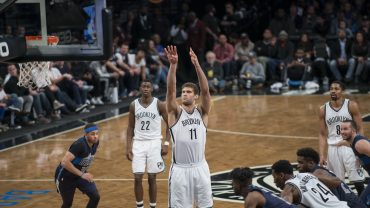