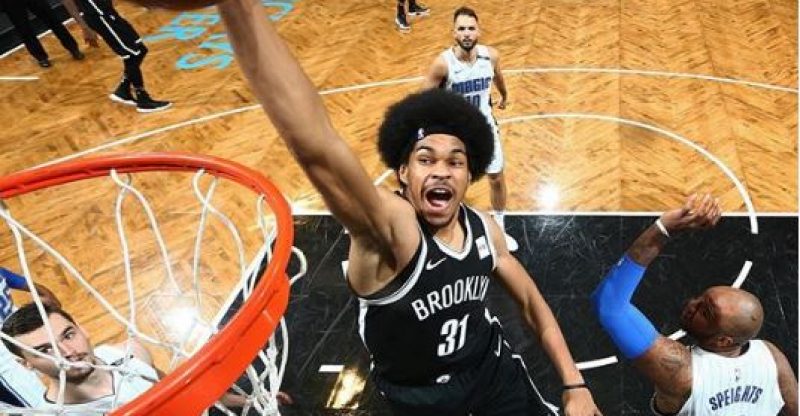 Nets rookie Jarrett Allen continues to grow and integrate into the system. On this night it was the rookie who lead the Nets in scoring with 16 points. Although there is ample areas Allen can improve upon it’s encouraging to see him beginning to feel his oats within the Nets lineups.

The youthful Magic showcase their age particularly in late game situations. This was evident in the final two minutes as the Magic either rushed shots are failed to tie the game on their numerous opportunities. Oddly, veteran D.J. Augustin played like his young counterparts rushing his attempted perimeter shot. Orlando’s best opportunity to tie the game came off the hands of Evan Fournier. But, in arguably the play of the night Allen Crabbe reached up to block the shot. Although Crabbe added 15 points in the win, it was his blocked shot versus Fournier which was the play of the game.

The high flying dunker worked this offseason to add offensive versatility to his game and it shows each time he takes to the court. Gordon led the Magic with 20 points and added 12 rebounds.  With Nikola Vucevic out due to a broken hand Bismack Biyombo is revelling in his role of paint defender. Biyombo led both sides with 17 rebounds and also tossed in 12 points. Rounding out the Magic’s top performers Elfrid Payton maneuvered his crazy hair to score 17 points and dish seven assists.

The Brooklyn Nets are next in action Wednesday when they host the Minnesota Timberwolves. Game time is  This game is the one of eight home games Brooklyn will host in their next 10 scheduled. 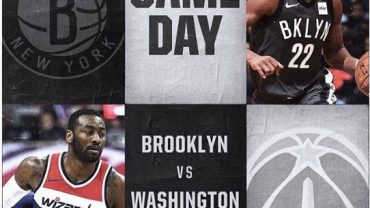