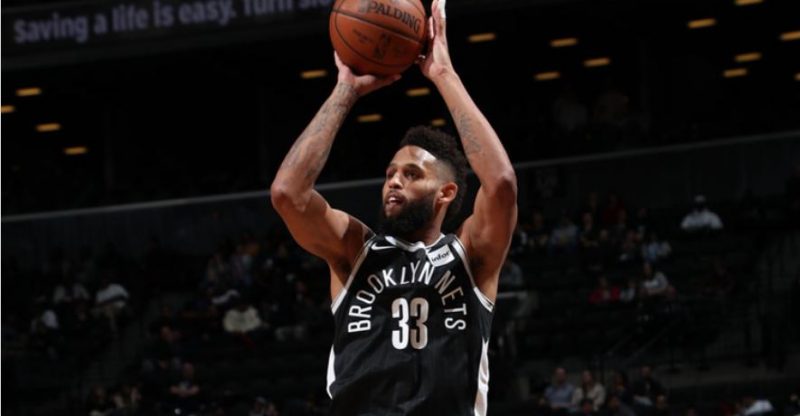 For the first time since January 19th and 21st the Brooklyn Nets captured consecutive victories. That the victory came on the squads third game in four days made it all the more gratifying.

Memphis entered the game on the heels of their first victory after losing 19 consecutive games and the confidence gained from that win was clear. Without Marc Gasol, who was suffering from flu-like symptoms and with so many of the core players out injured it afforded the Grizzlies youngsters to show their wares.

Brooklyn who have a tendency to come out slow, bucked that trend keeping pace with the Grizzlies in the first quarter and entered the half within two points. Another similar pattern was the Nets refusal to quit. Trailing by seven points entering the final frame Brooklyn buckled down with a grizzled effort from DeMarre Carroll. The veteran scored three consecutive treys to tie the game and made the key defensive play on the final shot to seal the victory.

Being a team outside the playoff ladder looking in is a new position for the Grizzlies who’ll miss the postseason for the first time in eight seasons. Conversely, the Brooklyn Nets will miss the playoffs for the fourth consecutive time and watch as the Cavaliers get to use their lottery pick.

As frustrating as that fact is it’s games like tonight which shine a light on the Brooklyn Nets impending future. First of all, this summer will be the last time management has to gnash their teeth over the decision which placed Brooklyn in perpetual basketball purgatory. Imagine what GM Sean Marks will be able to do when he is completely unshackled. Tonight’s win offered ample evidence of Marks’ mastery, with the roster he’s built with his hands tied each contributing to the victory.

Allen Crabbe and Caris LeVert led the way scoring 22 points a piece. While Crabbe was returning following illness and warned he might be rusty, he was anything but. Specifically, Crabbe shot 7-for-10 from the field with an extremely efficient 4-for-7 from the perimeter. Atkinson’s decision to utilize LeVert with Spencer Dinwiddie coming off the bench is also paying dividends.

Although Dinwiddie wasn’t among the leading scorers he dished six dimes along with nine points and two rebounds. Arguably the biggest benefit of pairing D’Angelo Russell with Crabbe to start and Dinwiddie with LeVert allows the Nets to maintain offensive consistency with playmakers on the hardwood at all times.

The decision to move Rondae Hollis-Jefferson back into the starting rotation wasn’t unexpected, but it might be the most important part of the equation. Usually stars become superstars when they make their teammates better. In this scribes opinion RHJ is arguably the most important player on the Nets’ squad moving toward the future. I’m not suggesting RHJ needs to become LeBron James or a top ten scorer. Yet, there is no denying the impact he has for every teammate on the court.

Rookie Jarrett Allen (double-double of 16 points and 12 rebounds) is gaining experience and knowledge with each game. RHJ offers a sturdy, reliable frontcourt partner who can help on defense and grab rebounds when Allen is out of position. His energy is infectious and the plays he makes are representative of his high basketball I.Q. Although, much of what RJH brings to the court may not show up on a stats sheet there are hints of a future defensive star if Marks can add just a few more two-way players around him.

Call me crazy, but each time out Hollis-Jefferson reminds me of a young Shane Battier. Not in terms of his specific talent so much. Rather, in terms of his defensive prowess and leadership traits. RHJ is the kind of player who Atkinson will be able to hand the captaincy to and help lead the Brooklyn Nets back among the east’s prominent teams.

The Brooklyn Nets are back in action Wednesday night when the host the visiting Charlotte Hornets and look to extend their win streak to three games. 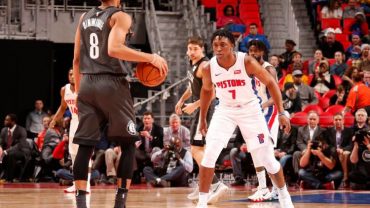