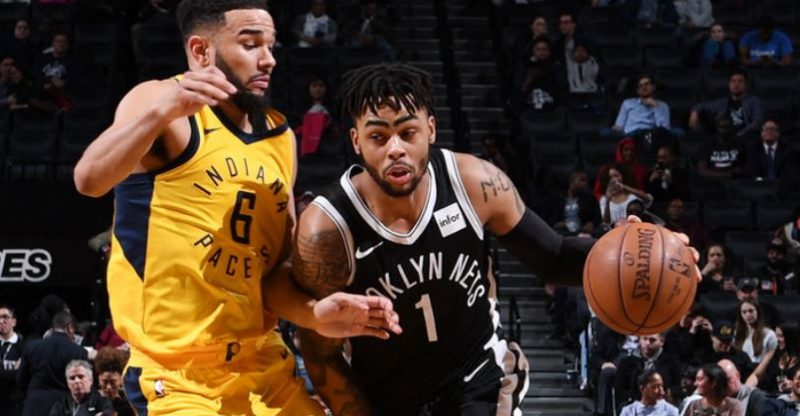 The Brooklyn Nets continued their recent struggles with another loss, this time to the Indiana Pacers.

The Brooklyn Nets lost for the seventh time in a row, and the tenth time in their last eleven games. An entertaining affair from start to finish, It was nevertheless a disappointing night for coach Kenny Atkinson and his squad. The team’s recent habit of falling into insurmountable deficits has been a point of emphasis for Atkinson recently.

The players responded with a much tighter and consistent effort against a Pacers squad that came into the game 7–3 over their last ten games and looks like a lock to reach the playoffs just one season after trading all-star Paul George.

A competitive and entertaining first half featured 20 lead changes between the two squads. The Brooklyn Nets did a good job limiting emerging Pacers’ star Victor Oladipo. Oladipo put up 38 points on 56.5 percent shooting when the Pacers hosted the Nets two days before Christmas.

The first-time All-Star finished with 25 points on just 9 for 24 shooting this time round. Save for a 6–0 flurry at the start of the second half, Oladipo couldn’t really find a rhythm.

Allen Crabbe shot the lights out for the third time in four games. Crabbe shot 5 for 11 from three-point territory on his way to a 24 point night. Crabbe had just five 20 point nights all season before his recent hot-streak, and now has three in his last four. It’s still too early to speculate on whether the fifth year guard might be turning a corner, but his aggression and confidence is encouraging.

Crabbe hit a big three to put the Nets up 95–93, but it would be the last time they led. A barren three minute and five seconds for the Nets was ended by Dinwiddie with a free-throw.

It was a tough night for rookie center Jarrett Allen. Allen was subjected to a low-post clinic from visiting professor Al Jefferson in the second quarter. Jefferson used a series of drop-steps and ball-fakes to score six points on Allen, the last of which prompted Nets’ coach Kenny Atkinson to take a time-out.

Allen was posterized twice by Domantas Sabonis in the fourth quarter, and was at fault for three of the Nets’ nine second-half turnovers, including a few costly ones down the stretch. A bump to the head courtesy of Lance Stephenson couldn’t have helped Allen’s concentration, but this still seems like a contest the promising big will be eager to forget.

Spencer Dinwiddie had a frustrating night from the field. He shot 0-7 overall and registered all seven of his points at the line. Dinwiddie picked up his third foul shortly before the half, and finished with five. Though it was far from his greatest individual performance, Dinwiddie’s constant pressure on both sides of the ball was an important factor in keeping this one tight.

D’Angelo Russell continues to perplex. His box score was pretty: 18 points and 9 assists on 7–14 shooting in just 29 minutes. The on-court product was a bit more mixed. The Nets’ offense looked static at times with Russell running point, particularly in the second quarter. Russell’s propensity for long-twos is fine on an individual level when he’s making them, as he was against the Pacers, but it does little to involve his teammates. His quick trigger-finger becomes contagious and possessions become bogged down.

Russell doesn’t get defenders on his hip nearly as often as Dinwiddie. Dinwiddie burns defenders off the dribble and drives with intent. Russell floats through far too many possessions without purpose, operating in one of two modes; shoot or move the ball back. Of course, the argument could be made that the Nets NEED Russell to shoot the ball, but at what price to the health of the offense and good habits? Some fans might scream “HE HAD NINE ASSISTS”, but a lot of those assists came off simple passes and his teammates just hitting shots.

There’s also defense. Russell continued to die on screens against the Pacers, and fell asleep on-ball more than once. Dinwiddie may not be a superlative defender, but he was practically supernova compared to Russell in this one. Much like Jahlil Okafor (who was ruled out with left calf tightness), Russell needs to learn that his long-term future in the league won’t be built on isolation scoring and nothing else.

The Nets have an eight day break before they play again after the all-star break. The team visits Charlotte on the 22nd, before hosting the Bulls four days later on the 26th. Hollis-Jefferson should be back in uniform by then as the Nets attempt to regroup and build some positive momentum down the stretch of the season. 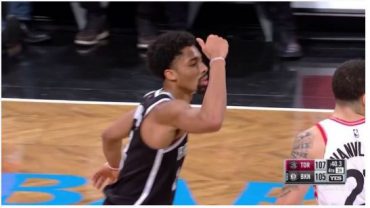