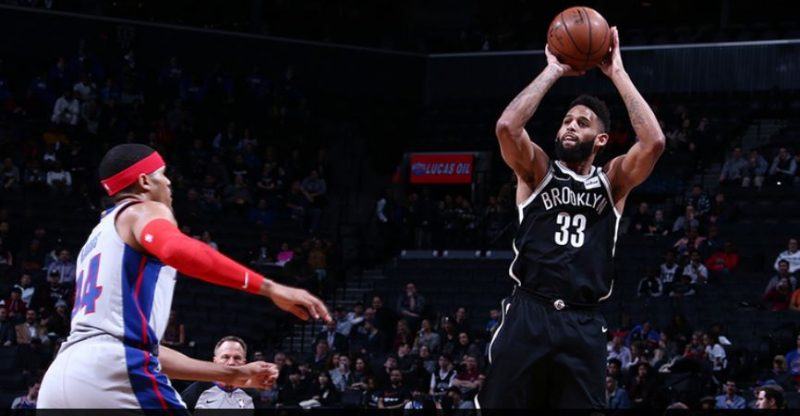 The goodwill of this homestand dissipated in a hurry, huh? After victories over the Magic and the Timberwolves and two extremely narrow defeats to the Celtics and Raptors, the Nets had to lay this egg against the Pistons. The homestand ends on a sour 114-80 Detroit trampling over Brooklyn and the score might be generous. The Pistons mostly sewed up the game neatly by halftime and turned the entire second half into a scrimmage. Never get too ahead of yourselves when praising the Nets this season. A blowout loss is always right around the corner.

The Nets de facto lost the game due to a complete inability to beat the Pistons’ pick and roll coverage after the first quarter. The stagnation of almost every pick and roll set coerced abominable shooting opportunities for the Nets. So much so that simply dumping the ball into the low post for contested fadeaways became a more reliable option. At least, the inefficient post touches avoided turnovers most of the time.

The brunt of those offensive failures falls on the shoulders of Spencer Dinwiddie for this game. Dinwiddie accomplished only two points and three assists in 26 game minutes. Outside of one dunk in transition, Dinwiddie was bereft of any influence inside the paint all game. The guard’s breakout season has been predicated on both patient caretaking of the ball and proficiency pulling up from beyond the arc. However, this Pistons game showed the limitations of Dinwiddie’s game when the pull-up threes do not fall and dynamism off the dribble is required. Still love you, Spence, but this loss is a reminder of how much better you are as a non-primary option.

Do Not Worry About the Defense…Yet

In most 30 point blowout defeats, the losing team played both terrible offense and defense to cause such a mess. And the Pistons certainly did score well by shooting 51.6 percent from the field overall and a whopping 47.6 percent from three to accrue 114 total points. Andre Drummond did as most giant frontcourt players with a modicum of skill do against the Nets and dominated with 22 points and 20 rebounds. Even Dwight Buycks and Luke Kennard combined for 30 points off the bench.

Yet, not much fretting should be done over the Nets’ defensive performance. For the majority of the game, the Nets did well to not let shooters run rampantly free around the perimeter. The dribble penetration the Pistons naturally countered with did not meet the most stout blockade. Still, the drives often stopped short just shy of the restricted area. The Pistons just made the relatively inefficient shots. These nights happen. Combined with hot shooting off the threes Detroit did get off, the Nets just found themselves on the wrong side of the variance coin.

Brooklyn still lacks the size and athleticism in the roster to become a truly good defensive unit. But this Nets coaching staff remains ahead of the curve in instructing the players to force the least damaging opposing shots possible. That strategy should keep Brooklyn’s head above water more often than these bludgeonings occur.

The full ESPN box score can be found here.

As the Brooklyn Nets finished their five-game home stand with a 2-3 record they now take to the road for a mini two-game back-to-back trip. First, the Nets play the Atlanta Hawks on Friday followed by Washington Wizards Saturday. 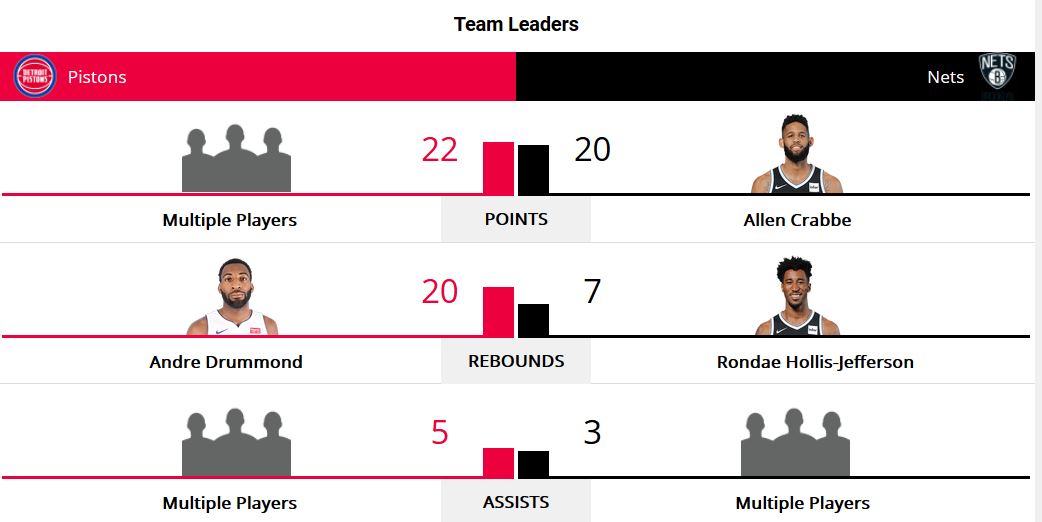 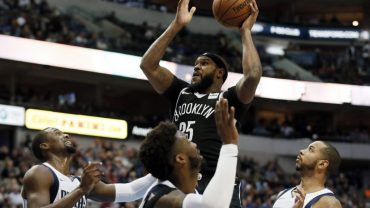