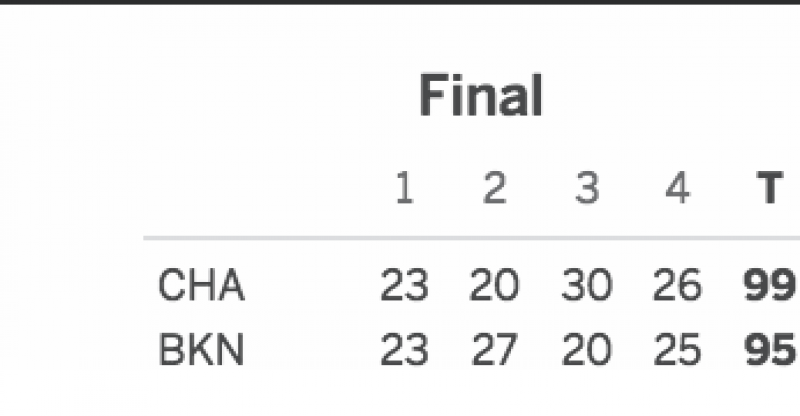 The Brooklyn Nets fell to 2-4 tonight as they lost a close game to the Charlotte Hornets 99-95. The Hornets improve to 4-1 with the victory. Kemba Walker scored a season high 30 points in the victory on 11/22 shooting.

The Nets were led by Sixth Man of the Year candidate Sean Kilpatrick. Kilpatrick scored 19 points in 33 minutes off of the bench. The benches star did not shoot too well, though, as he went 5/15 but did shoot 7/10 from the charity stripe. Kilpatrick also had four assists and two steals rounding out his statistics nicely.

The Achilles Heel for Brooklyn continues to be the same night in and night out; they shoot too many three-pointers. Tonight Brooklyn attempted 36 threes and made only nine of them. That is 25% made. Unacceptable. They cannot continue to take so many long range shots especially when you are making only 5 of them or 25% of them.

Brooklyn as a team shot not too great from the field, but they were about equal with Charlotte. Brooklyn shot 40.2% form the field and the Hornets shot 41.9% from the field. This was a pretty even game statistically, but the Hornets emerged as the better team in the end.

Brooklyn was leading a large majority of this game. It was only in the fourth quarter that Brooklyn gave up their lead and never had the chance to retain it. They fought hard to the final buzzer but Charlotte made just barely enough free throws to put the Nets away.

The fact that there has only been one game this year that was a blowout or even decided by 10 points or less is a really good sign. Brooklyn has been competitive in every game they have played minus the Bulls game. Playing this close with a team like Charlotte with no Jeremy Lin is an extremely good sign as well going forward. Brooklyn seems destined to win a few games in Lin’s absence if they can keep up this level of play minus the absurd number of three-point shots attempted.

There are a few players tonight that receive the coveted “A” grade. Trevor Booker, Rondae Hollis-Jefferson, and Sean Kilpatrick all receive A’s. Trevor Booker notched another double-double scoring 12 points on 5/9 shooting while snagging 13 rebounds. Booker also got a steal and two blocks on the defensive end of the ball. This stat line is exactly what Brooklyn needs from Booker.

Hollis-Jefferson looked significantly better tonight than he had in any other game played all season. RHJ scored 11 points on 4/5 shooting along with 8 rebounds, 6 assists, and 4 steals. Seeing RHJ back in his flow was a relief even though he did foul out later in the game.

Lastly, Sean Kilpatrick gets the last A of the night. Although he did not shoot well, Kilpatrick was on the floor at the end of the game. Coach Atkinson knows this kid can score and will not lose confidence on rough shooting nights. Scoring 19 off of the bench and providing a spark when it is needed is something not many teams have. Brooklyn is very fortunate for Sean Marks finding this baller because he can play and play very well. 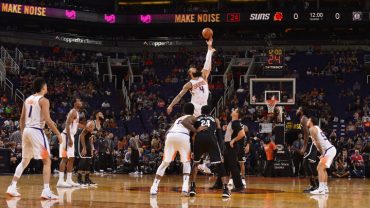