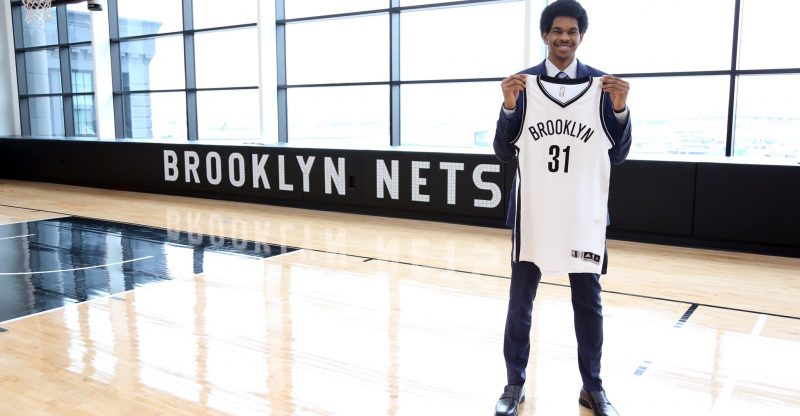 The Brook-Lin writing team are actively watching the playoffs keeping our sights on which free agents perform well and putting on our thinking caps for what this summer will bring for the Brooklyn Nets. As the team gears up for the offseason we conducted a series of roundtable sessions reflecting back on the 2017-18 season and forward to next season.

In this third segment the team looks at the 2018 Draft. Last night the Draft Lottery took place with the Cavaliers landing in the eighth spot. This is important to mention as the pick comes courtesy of the Brooklyn Nets via Boston. Go ahead, gnash your teeth, but immediately afterward smile. Grin because the Brooklyn Nets have fulfilled the obligation that crippled the franchise for the past five years. Finally, that period of perpetuity is over.

As for the draft lottery for the most part teams ping pong balls landed where they were expected to. Memphis and Dallas fell two spots from the predicted second and third slots. The Hawks moved up one spot while Orlando and Chicago each fell one place. The big winner of the night was the Sacramento Kings who leapt from a predicted seventh selection all the way up to second.

As for the Brooklyn Nets they’ll select 29th in the first round courtesy of the DeMarre Carroll trade. In addition the Brooklyn Nets have two second round picks. The first comes via the Lakers at 4oth and the 45th pick via the Bucks.

With that let’s begin part one of the three part roundtable draft segment.

First of all, what specific position(s) should Marks be scouting for?

Sean Marks should be looking for versatile big men at either position. Brooklyn’s offense relies heavily on 3-point shooting but Quincy Acy is the only current big man with any real shooting range–picking up a big with range would be huge for Jarrett Allen‘s development as well, as it will give him more space on rolls to the rim.

The other position Marks should be focusing on is small forward. Everyone in the NBA is looking for stretch-4’s and wings at the moment, so a wing player with size and shooting touch would really help. This draft is big-man heavy at the top but wing-heavy in the middle portions of the draft, so the Nets could find an undervalued wing pretty easily.

Big men. The Nets could use just about any talent they can get, but especially in the front-court for a variety of reasons. Although Jarrett Allen had a stellar rookie season in which he established himself as a building block for the future, the Nets have the depth of a kiddie pool behind him. Beefing up the front court should be a top priority heading into this offseason. And, this is the perfect draft to accomplish that goal. The talent pool this year features one of the deepest groups of young bigs in recent memory and even though it’s top-heavy, there is a bevy of quality bigs well into the mid-first round.

The Nets desperately needs more size in the frontcourt. With Jarrett Allen entrenched as the center of the future, a viable power forward who can slide into the center role for minutes would be ideal. If not, wing talent is always welcome too.

It became clear head coach Kenny Atkinson incorporated a space and pace scheme into the Brooklyn Nets offense. Brooklyn averaged 35.7 threes per game (2nd) but converted on just 35.6 percent (21st). Sean Marks should be aiming to add more perimeter shooting but at the power forward position. 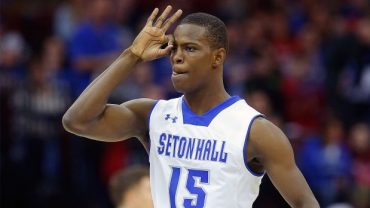