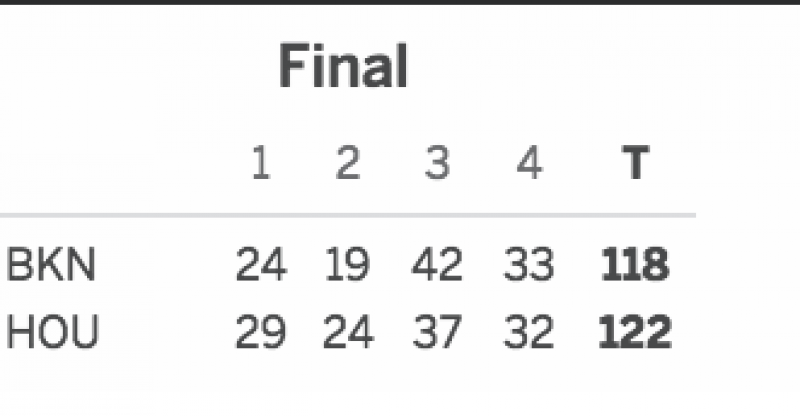 The return of Brook-Lin was almost a perfect homecoming. A former team and coach of Jeremy Lin, whom made his return after more than a month, coming together the way they did. Irony at its finest. Unfortunately, Lin did not have the victory he or any Nets fan desired. On the plus, Brooklyn was competitive, yet again, against good basketball teams. The Nets fell to the Rockets 122-118.

Jeremy Lin played 20 minutes in his return to action. In those 20 minutes, Lin scored 10 points on 4-8 shooting including 1-3 from long range. He also grabbed three rebounds and dished out seven assists, including a clutch one at the end to Joe Harris for three. Nets and Jeremy Lin fans should be delighted with his performance tonight in limited action.

Leading the way for all scorers, as expected, with a James Harden night. Harden put up 36 points, eight rebounds, and 11 assists along with two steals. For Brooklyn, Brook Lopez led the way with 26 points. The bad news, Brook only came down with one rebound on the night.

Brooklyn scored an amazing 68 points in the paint on the night which is a good reason for their 52.5 percentage from the field overall. Brooklyn also attempted only 20 three-pointers on the night. It is clear things are much calmer with Jeremy Lin back. Houston, though, shot 43 from long range. It is great being on the other side of that stat.

Getting an A is Jeremy Lin. Explanation is to see his statistics above and he did not get hurt.

Also getting A’s are Isaiah Whitehead, Rondae Hollis-Jefferson, and Trevor Booker. Trevor Booker continues to me the Grit of the #BrooklynGrit. Booker notches yet another double-double with ten points and 13 rebounds along with four steals.

Whitehead seems to have found his shot. Whitehead went 6-8 from the field scoring 13 points and dishing out five assists. Figures he puts up respectable point guard numbers as Jeremy Lin comes back.

Rondae Hollis-Jefferson gets an A for scoring 11 points on 3-4 shooting and 5-6 from the free-throw line. RHJ also brought down five rebounds and stole two balls in 15 minutes of action. As of now, RHJ’s ankle seems to be doing well. If he can keep this play consistent, he will get more minutes. This is the second time I have said that since he came back from his injury; that is a good sign.

Brook Lopez gets a B because he only grabbed one rebound. At the end of the game. Off of an air-ball. No further explanation needed.

As a shout-out, Spencer Dinwiddie gets an A for bringing us up in a Tweet, then Re-Tweeting our response. Thank you Spencer, we would love all of the love!

.@SDinwiddie_25 We got a Whole website devoted to the Brook-Lin #Nets 😅
How do you like your player profile?https://t.co/COhH3WYvCW

Brooklyn falls to 6-17 and has now lost 12 of their last 14 games. Brooklyn travels back home to New York where the Lakers come to town on Wednesday night. Houston is now winners of seven games in a row and will stay at home where they await the arrival of the Sacramento Kings Wednesday night. 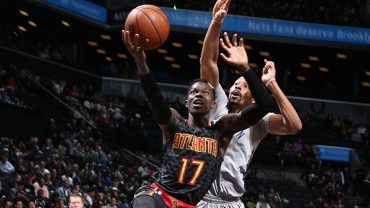