Outside of the lottery, in which 8 out of 14 players are point or shooting guards, the crop is relatively thin this year. That’s especially true for point guards, where DraftExpress’ latest mock draft has no first round point guard drafted outside the lottery.

Even with a shallow crop, the Nets could look for a guard with their 22nd or 27th pick. Outside of Jeremy Lin, the Nets are lacking playmakers. Spencer Dinwiddie and Isaiah Whitehead are solid young players, but they project as combo guards rather than point guards.

At the shooting guard spot, the Brooklyn Nets may want perimeter threats. Brooklyn ranked 26th in the league in three-point percentage in 2016-2017. Judging from their previous signings, they’ll look for taller guards that can defend multiple positions and create off the dribble. 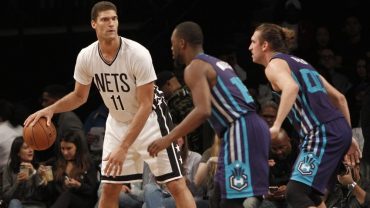