However, Dozier has some key deficiencies in his game. He was a non-factor as a shooter, shooting 40% overall and 30% from deep. His spot-up jumper is a slingshot that really lacks touch. Many of his misses were ugly. As a point guard, Dozier left a lot of room for improvement, often committing careless turnovers with the ball in his hands, or throwing the ball away on simple deliveries. Additionally, Dozier fouls quite a bit, often relying too much on his athletic gifts, rather than IQ.

For a second round pick, P.J. Dozier has big upside, but has a long way to go to be a productive NBA player. If the Brooklyn Nets decide to select Dozier, he could spend the bulk of his early career in the Nets’ D-League affiliate in (sorry, ON) Long Island. Dozier is raw, but his length, athleticism and ballhandling could be refined. Kenny Atkinson, a development guru, will have his work cut out for him if the Nets choose Dozier. But the SC guard’s potential is super enticing.

So far, the Brooklyn Nets have worked out five of the seven prospects detailed here, excluding Jackson (still recovering from surgery) and Dozier. It may not be a surprise if the Nets draft one of those players, reaching in the first or trading for a second round selection. 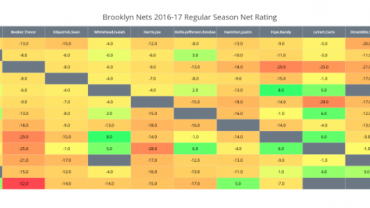