Oregon’s Tyler Dorsey is a knockdown shooter. In his two seasons at Oregon, Dorsey showed DEEP range, scoring off of spot ups or off the dribble. The Greek citizen fits a reliable, consistent shooting role. He hade huge three-point shooting games, including 8-of-12 against Markelle Fultz’s Washington Huskies, 6-of-10 against Kansas in the NCAA Tournament, and a perfect 6-of-6 against Arizona’s athletic backcourt. Dorsey was a consistent scorer, also showing some semblance of an in-between game as well.

Despite Dorsey’s hot shooting, he’s slated as a mid-second round prospect. That could be due to his slight frame at 180 pounds and neutral wingspan – 6’5” for a 6’5” player. That hinders his defensive upside. He also wasn’t that great of a playmaker. Despite playing often on-ball, Dorsey wasn’t much of a passing threat – more of a pure scorer. Dorsey, much like Frank Jackson, could suffer from a lack of defensive versatility and underdeveloped playmaking. 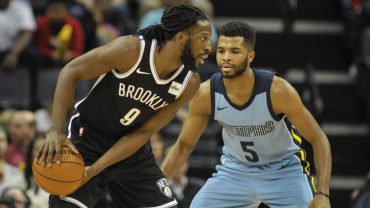