Villanova senior Josh Hart is a winner. He was part of the Wildcats’ 2016 NCAA Championship team, and a major player in their 129-17 record in his four seasons. Hart is a proven, solid commodity, exactly what teams want in a non-lotto pick. He excels as a ballhandler, with nice vision and IQ for a non-point guard. He shot efficiently everywhere, specifically as a spot up shooter and at the rim. Hart was the Big East Defensive Player of the Year this past season, solidifying his effort and reputation as a rock solid defender. 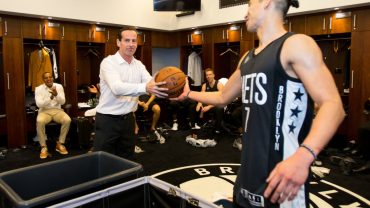