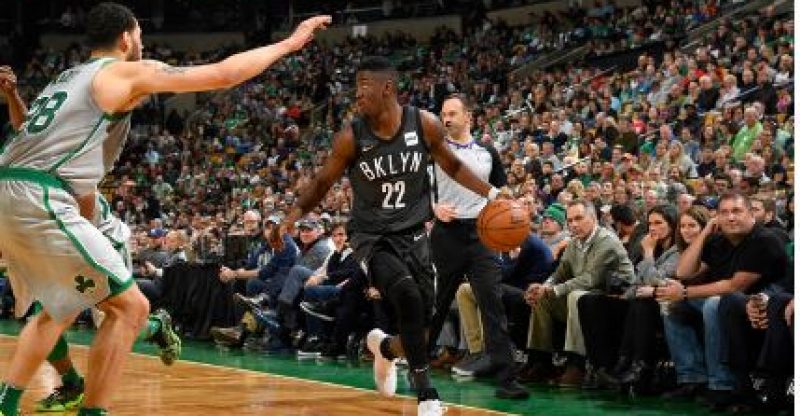 The Brooklyn Nets wrapped up their 2017-18 campaign in Boston on Wednesday evening. Brooklyn squared off versus a Celtics squad headed down a different path, at least for the next month or two. The Nets three game win streak unfortunately came to a halt on this night, but as per usual these Nets never gave up.

It felt almost fitting the final game of this campaign took place in Bean Town. After all, this was the franchise (and the main party responsible – Danny Ainge) who set the Brooklyn Nets into a state of perpetual basketball purotory. Meanwhile, the Celtics added talent like Jaylen Brown and Jayson Tatum who are just two pieces acquired with Brooklyn Nets draft picks.  In essence,  while the Nets were stuck on the hamster wheel, Boston established the majority of their future core.

Yet, as the Celtics head toward the postseason the Nets will begin a new era knowing the shackles are finally removed. This because the Brooklyn’s debt will be paid in full as of the 2018 draft.

Although the Celtics elected to sit their starting unit the players from the deeper segments of their bench are well versed in the culture and identity head coach Brad Stevens has fostered during his tenure. These reserve players function under the same offensive and defensive principles Stevens has instilled.

The result led to a win for Boston and highlighted the areas Sean Marks will need to address this offseason. First and foremost will be the necessity to add size in the front court. Boston out rebounded the Nets by 17 with a gawdy 62 rebounds. Paint scoring was the other area Boston beasted with 64 points scored in close. Brooklyn collected 50 points in the paint. Clearly, this points to the biggest hole requiring upgrades this summer.

Jarrett Allen offered another solid performance with 10 points (on 4 of 5 shooting), 7 rebounds and extended his consecutive block streak to 14 games with a single swat. Although Allen isn’t the biggest guy on the court and had his hands full defending the beastly Aron Baynes here is no denying his talent and reason for optimism as he continues his journey as a pro. If there is a takeaway from the season on Allen, Nets fans should be excited by how quickly he has transitioned into the pro game. On most nights he faced players much larger in height and weight (muscle), but held his own. The future is bright for the youngster who has demonstrated a high B-Ball I.Q and solid work ethic.

As for Hollis-Jefferson it was an unspectacular performance without a single point produced and just three rebounds. In fairness, it was clear RHJ is exhausted and like Allen often finds himself defending well above his size range. No need to worry about Hollis-Jefferson as he’s shown the propensity to add skills each offseason and will no doubt begin that process after a brief rest to let his body heal from the copious nicks and bruises he’s played through.

Allen Crabbe continued to be hot from the perimeter connecting on 50 percent of his attempts and scored 16 points in the contest.  Crabbe added 7 rebounds, 3 assists along with a steal and a block. After his career birthday night explosion he’s probably the one Brooklyn player wishing the season had more contests to play. His goal next season will to bring the production he finished the campaign with on a consistent nightly basis.

Caris LeVert and D’Angelo Russell each pitched in 11 points and combined for 9 assists.

The top producer for the Nets came via an unlikely source. Seldom used wing man Nik Stauskas offered a solid effort and was the Nets high scorer with 18 points. His effort and energy was palpable as he tried to will the team back from a huge deficit. Stauskas added four rebounds, three assists and a steal.

Credit to the Canadian who has remained positive throughout his tenure and utilizes every minute he collects to showcase his skills. The criticism on Stauskas is his deficiency on defense and perhaps he’s been a little unfortunate in that the one area the Nets have a wealth of talent is their guards.

Moving forward it’s clear Nik Stauskas fits in with the quality of character the Brooklyn Nets want to build their roster with. However, decisions will need to be made regarding his future with the squad. One this is certain, if the Nets elect to retain the wing, he’ll work his tail off to fit into the system and expand his skillset.

Head Coach Kenny Atkinson summed up the evening and season well with his closing comments.

“Disappointed in tonight, but I’m going to look at the positive and look at the way we finished the season playing much better,” Definitely trending upwards. Obviously, Boston’s program is a little ahead of us right now.” – Atkinson

As the Brooklyn Nets begin to clear out their lockers it will time to make some tough decisions and for the franchise to chart out offseason work to be completed both in terms of moves and player development.

If nothing else it feels like this season end is somehow different than previous years. In the three months Sean Marks’ shackles with be removed and thrown away for all time.  For the Brooklyn Nets fan base that is great news.  Let’s see how Marks navigates unimpeded.  Well, there might be one restriction – (or rather a caution) — enter all future deals with Danny Ainge with extreme caution!

Stick with Brook-Lin as we serve up season ending player reviews, reflect back on the season and look ahead to what the draft as well as free agency may provide. 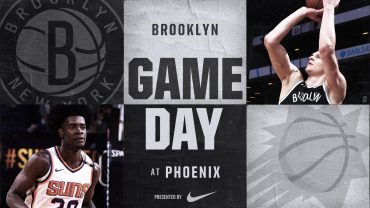