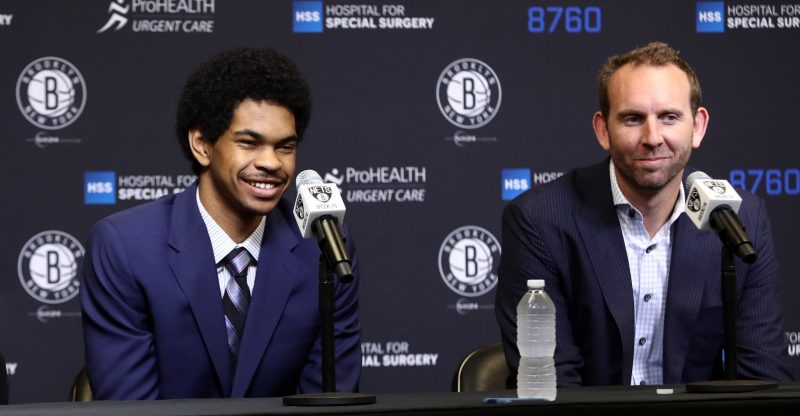 While at Texas, Allen averaged 13.4 points, 8.4 rebounds and 1.5 blocks per game while shooting over 57 percent from the floor. He was the definition of an impact player, erasing shots on one end and posterizing players on the other. He almost carried a one-dimensional Texas team over the number one ranked Kansas Jayhawks, but came up short. Allen ended the contest with 22 points, 19 rebounds and three blocks.

From an offensive standpoint, Jarrett Allen can do a lot. While he doesn’t yet have the bulk to compete at the NBA level in the post, he is very skilled in the paint. He has good footwork, great timing and having a 7-foot-5 wingspan makes snatching offensive rebounds easier.